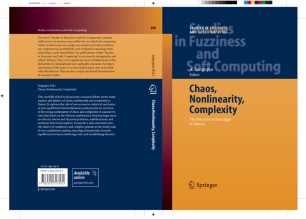 The Dynamical Paradigm of Nature

Part of the Studies in Fuzziness and Soft Computing book series (STUDFUZZ, volume 206)

This carefully edited book presents a focused debate on the mathematics and physics of chaos, nonlinearity and complexity in nature. It explores the role of non-extensive statistical mechanics in non-equilibrium thermodynamics, and presents an overview of the strong nonlinearity of chaos and complexity in natural systems that draws on the relevant mathematics from topology, measure-theory, inverse and ill-posed problems, set-valued analysis, and nonlinear functional analysis. It presents a self-contained scientific theory of complexity and complex systems as the steady state of non-equilibrium systems, denoting a homeostatic dynamic equilibrium between stabilizing order and destabilizing disorder.