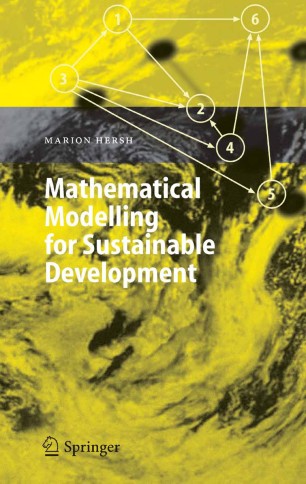 Many people are convinced that Sustainable Development and Mathematics are completely unrelated. Sustainable Development, in its role of a value laden imperative for polluting and over-consuming societies, seems to be totally unconnected to mathematical reasoning and ignorant of the values behind its symbols. Still, they are not only connected: they need each other. Mathematics needs Sustainable Development. When science was gradually reinvented in European medieval societies, it was legitimised as contributing to the disclosure of God’s divine creation. The conflicts that emerged became well known as a result of the clash between Galileo and the Church. Science found a new legitimacy through recognition that it was a powerful force against superstition. In the Enlightenment the argument was pushed forward by attributing Progress to the advancement of science: science could produce a better world by promoting rationality. In our modern society, science has become intimately linked to technology. Science for its own sake unfortunately rarely has positive outcomes in terms of research grant applications. Meanwhile, science and technology, and the progress they are supposed to produce, meet with wide scale scepticism. We all know of the current global problems: climate change, resource depletion, a thinning ozone layer, space debris, declining biodiversity, malnutrition, dying ecosystems, global inequity, and the risk of unprecedented nuclear wars. Science has to engage with these problems or lose its legitimacy.