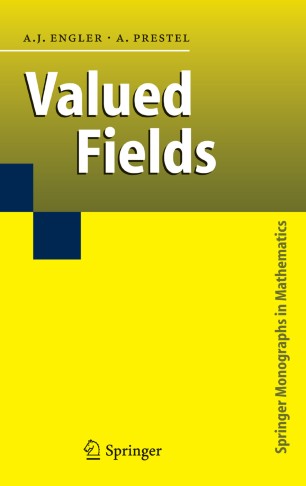 Absolute values and their completions -like the p-adic number fields- play an important role in number theory. Krull's generalization of absolute values to valuations made applications in other branches of mathematics, such as algebraic geometry, possible. In valuation theory, the notion of a completion has to be replaced by that of the so-called Henselization.

In this book, the theory of valuations as well as of Henselizations is developed. The presentation is based on the knowledge acquired in a standard graduate course in algebra. The last chapter presents three applications of the general theory -as to Artin's Conjecture on the p-adic number fields- that could not be obtained by the use of absolute values only.