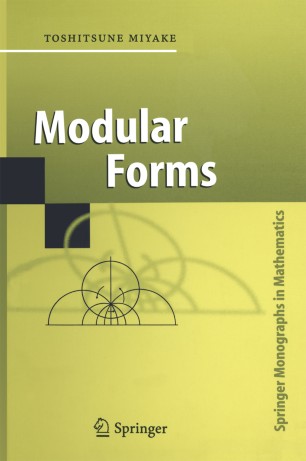 For the most part, this book is the translation from Japanese of the earlier book written jointly by Koji Doi and the author who has revised it substantially for the English edition. It sets out to provide the reader with the basic knowledge of elliptic modular forms necessary to understand the recent developments in number theory. The first part gives the general theory of modular groups, modular forms and Hecke operators, with emphasis on the Hecke-Weil theory of the relation between modular forms and Dirichlet series. The second part is on the unit groups of quaternion algebras, which are seldom dealt with in books. The so-called Eichler-Selberg trace formula of Hecke operators follows next and the explicit computable formula is given. In the last chapter, Eisenstein series with parameter are discussed following the recent work of Shimura: Eisenstein series are likely to play a very important role in the future progress of number theory, and this chapter provides a good introduction to the topic.