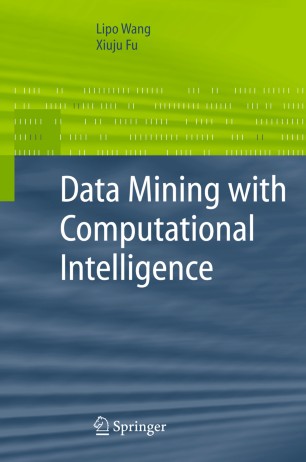 Finding information hidden in data is as theoretically difficult as it is practically important. With the objective of discovering unknown patterns from data, the methodologies of data mining were derived from statistics, machine learning, and artificial intelligence, and are being used successfully in application areas such as bioinformatics, banking, retail, and many others.

The book is targeted at researchers in both academia and industry, while graduate students and developers of data mining systems will also profit from the detailed algorithmic descriptions.

Lipo Wang’s research interests are in computational intelligence, i.e., neural networks, evolutionary computation, and fuzzy systems, with applications to multimedia, bioinformatics, and data mining. He has published over 50 journal publications, 14 books (authored/edited), 70 conference presentations, and 7 book chapters. He holds a U.S. patent on a neural network for image sequence processing. He is an Associate Editor / Editorial Board member for 7 international journals, including IEEE Transactions on Neural Networks, IEEE Transactions on Evolutionary Computation. He is Chair of the Emergent Technologies Technical Committee, IEEE Neural Networks Society. He is also the Founding Chair of both IEEE Engineering in Medicine and Biology Chapter Singapore and IEEE Neural Networks Chapter Singapore. Dr. Wang has been on the Governing Board of the Asia-Pacific Neural Network Assembly since 1999 and served as its President in 2002/2003. He will be Technical Program Co-Chair for the 2006 IEEE International Joint Conference on Neural Networks. He served as General Chair for 4 international conferences and as member of steering / advisory / organizing / program committees of over 60 international conferences since 1998. More details may be found at his home page (http://www.ntu.edu.sg/home/elpwang/).

Xiuju Fu received the BS degree and the MS degree from Beijing Institute of Technology (China) in 1995 and 1999, respectively. She won the Best Student Paper Award at the 2001 Augsburg Data Mining Symposium, Germany. She received the PhD degree in Electronic Engineering from Nanyang Technological University (Singapore) in 2003. She is currently a research scientist at the Institute for High Performance Computing, Singapore. Her current research areas include: neural networks, genetic algorithms, data mining, classification, data dimensionality reduction, and rule extraction.