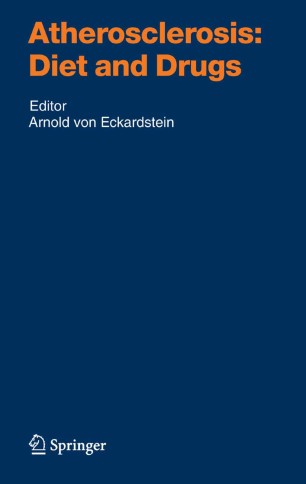 Cardiovascular diseases continue to be the leading cause of death in the - jority of industrialized countries. The most frequent underlying pathology, namely atherosclerosis, and its clinical sequelae, namely coronary heart d- ease, cerebrovascular disease and peripheral artery disease, remain common although for a long time we have been made aware of avoidable or mo- ?able etiological factors such as smoking, fat-rich diet or lack of exercise, and although these adverse lifestyle factors have been extensively addressed by population-wide primary prevention programs. Cardiovascular morbidity and mortality also remain high despite successful anti-hypertensive and lipid lowering drug therapies which help to reduce cardiovascular morbidity and mortality by about 30% in both secondary and tertiary prevention settings. This can partly be explained by the increasing life expectancy and growing p- portionofelderly people,especiallyinEuropeandNorthAmerica. Inaddition, the World Health Organization makes the alarming prediction that probably in response to the spreading of western dietary behavior and lack of exercise resulting in an increasing prevalence of diabetes, dyslipidemia and hypert- sion, cardiovascular diseases rather than infectious diseases will become the most frequent cause of death worldwide. This volume of the Handbook of Experimental Pharmacology entitled “Atherosclerosis” is divided into four parts and intends to give an overview on the pathogenesis of atherosclerosis, established treatment and prevention regimen, and of perspectives for the development of new treatment modalities.