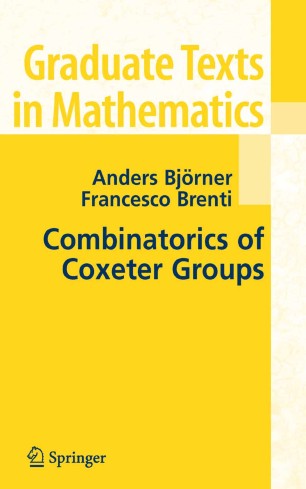 The first part of the book provides a self-contained introduction to combinatorial Coxeter group theory. The emphasis here is on the combinatorics of reduced decompositions, Bruhat order, weak order, and some aspects of root systems.  The second part deals with more advanced topics, such as Kazhdan-Lusztig polynomials and representations, enumeration, and combinatorial descriptions of the classical finite and affine Weyl groups. A wide  variety of exercises, ranging from easy to quite difficult are also included. The book will serve graduate students as well as researchers.