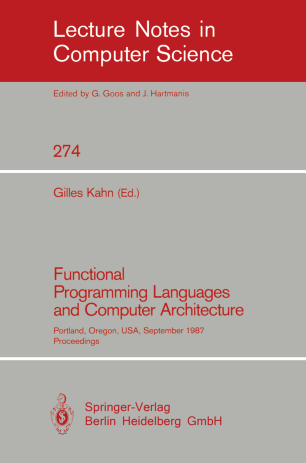 This volume contains the proceedings of the Third Conference on Functional Programming Languages and Computer Architecture held in Portland, Oregon, September 14-16, 1987. This conference was a successor to two highly successful conferences on the same topics held at Wentworth, New Hampshire, in October 1981 and in Nancy, in September 1985. Papers were solicited on all aspects of functional languages and particularly implementation techniques for functional programming languages and computer architectures to support the efficient execution of functional programs. The contributions collected in this volume show that many issues regarding the implementation of Functional Programming Languages are now far better understood.