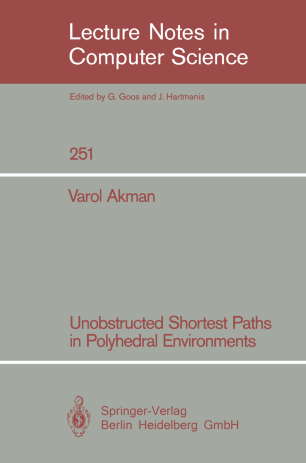 Presents algebraic and geometric algorithms to deal with a specific problem, which frequently occurs in model-based robotics systems and is of utmost importance in calibrating the complexity of robotics tasks in general. The algorithms are based on several ideas from areas such as elimination theory, optimization, polyhedral theory and Voronoi diagrams. The algorithms were also implemented in a Lisp in a workbench to allow experimentation with shortest path problems.