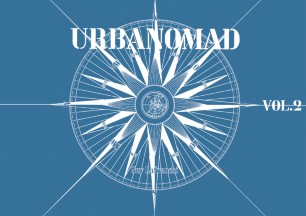 Lafranchis’ alter ego, the Urbanomad, takes his navigator and sets off on his journeys once again. He lands in Taiwan, South Africa and the United States. As in the first volume (Urbanomad, 3-211-20347-8), he finds entirely different conditions at each of the places he visits. These are the result of events and factors such as the earthquake in Chi Chi, Taiwan in 1999, sickness and poverty in Siyathemba, South Africa or technological evolution in Chicago and New York.

The book accompanies the Urbanomad throughout his continuing flight and documents his projects the same way they were documented in the first volume.