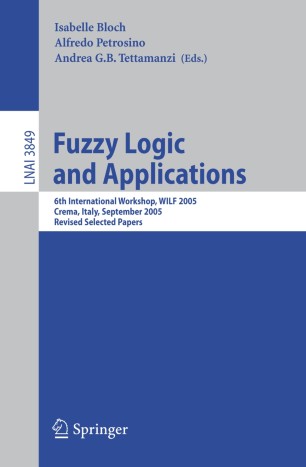 This volume contains the proceedings of the 6th International Workshop on Soft Computing and Applications (WILF 2005), which took place in Crema, Italy, on September 15–17, 2005, continuing an established tradition of biannual meetings among researchers and developers from both academia and industry to report on the latest scienti?c and theoretical advances, to discuss and debate major issues, and to demonstrate state-of-the-art systems. This edition of the workshop included two special sessions, sort of subwo- shops, focusing on the application of soft computing techniques (or compu- tional intelligence) to image processing (SCIP) and bioinformatics (CIBB). WILF began life in Naples in 1995. Subsequent editions of this event took place in 1997 in Bari, in 1999 in Genoa, in 2001 in Milan, and in 2003 back in Naples. Soft computing, also known as computational intelligence, di?ers from c- ventional (hard) computing in that, unlike hard computing, it is tolerant of - precision, uncertainty, partial truth, and approximation. The guiding principle of soft computing is to exploit the tolerance for imprecision, uncertainty, partial truth, and approximation to achieve tractability, robustness, and low solution cost. The main components of soft computing are fuzzy logic, neural computing, and evolutionary computation.