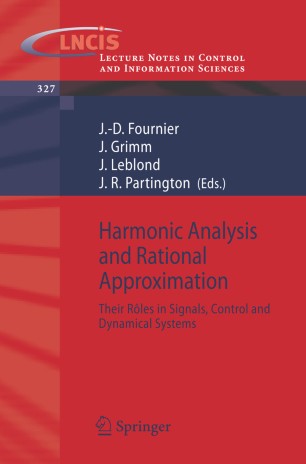 Their Rôles in Signals, Control and Dynamical Systems

This book - an outgrowth of a topical summer school - sets out to introduce non-specialists from physics and engineering to the basic mathematical concepts of approximation and Fourier theory. After a general introduction, Part II of this volume contains basic material on the complex and harmonic analysis underlying the further developments presented. Part III deals with the essentials of approximation theory while Part IV completes the foundations by a tour of probability theory. Part V reviews some major applications in signal and control theory. In Part VI mathematical aspects of dynamical systems theory are discussed. Part VII, finally, is devoted to a modern approach to two physics problems: turbulence and the control and noise analysis in gravitational waves measurements.