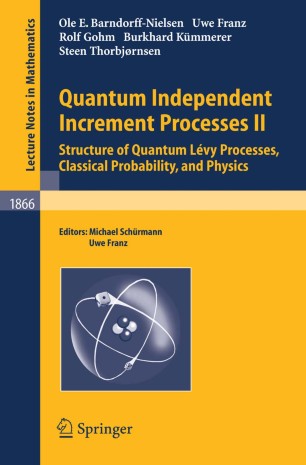 This is the second of two volumes containing the revised and completed notes of lectures given at the school "Quantum Independent Increment Processes: Structure and Applications to Physics". This school was held at the Alfried-Krupp-Wissenschaftskolleg in Greifswald in March, 2003, and supported by the Volkswagen Foundation. The school gave an introduction to current research on quantum independent increment processes aimed at graduate students and non-specialists working in classical and quantum probability, operator algebras, and mathematical physics.