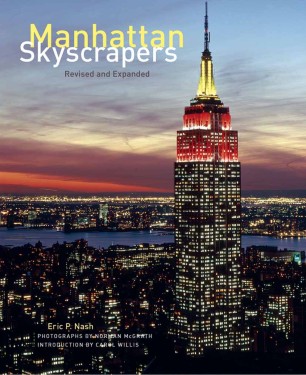 CAROL WILLIS kyscraper history changed civic and commercial structures of two to ten In the ?rst half of the history of the New on September 11, 2001 . This book, stories. The Destruction of Lower Manhattan York skyscraper, steel frames were clad in stone, ?rst published in 1999 , needs a new (1969 ), an album by photographer Danny brick, or terra cotta and offered the illusion of Sedition, if only to place the entry on Lyons, captured the last remnants of down- monumental mass. In the second half, from the the World Trade Center in the past tense and to town’s working waterfront at the moment of 1940 s through today, the aesthetic has been acknowledge that the title is tinged with tragedy. massive urban renewal, including the construc- principally transparent planes and volumes, a Academics debate perspectives through which tion of the new World Trade Center. In this curtain wall that reveals the structural system we view the past, and in the late twentieth cen- storyline, skyscrapers were the ultimate villains and the space within. Advances in technology, tury the postmodern mindset argued the impos- in a march of modernity that squashed human including high-strength steel, bolted and welded sibility of a single truth or unshifting narrative. scale and erased history.