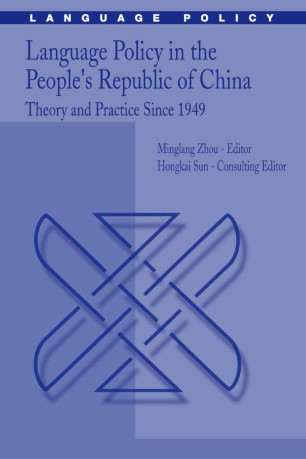 Theory and Practice Since 1949

Language matters in China. It is about power, identity, opportunities, and, above all, passion and nationalism. During the past five decades China’s language engineering projects transformed its linguistic landscape, affecting over one billion people’s lives, including both the majority and minority populations. The Han majority have been juggling between their home vernaculars and the official speech, Putonghua – a speech of no native speakers – and reading their way through a labyrinth of the traditional, simplified, and Pinyin (Roman) scripts. Moreover, the various minority groups have been struggling between their native languages and Chinese, maintaining the former for their heritages and identities and learning the latter for quality education and socioeconomic advancement.

The contributors of this volume provide the first comprehensive scrutiny of this sweeping linguistic revolution from three unique perspectives. First, outside scholars critically question the parities between constitutional rights and actual practices and between policies and outcomes. Second, inside policy practitioners review their own project involvements and inside politics, pondering over missteps, undergoing soul-searching, and theorizing their personal experiences. Third, scholars of minority origin give inside views of policy implementations and challenges in their home communities. The volume sheds light on the complexity of language policy making and implementing as well as on the politics and ideology of language in contemporary China.

"This volume tries to give an overview of ‘the dramatic linguistic revolution that has swept across China’ during the second half of the twentieth century. … In the 19 papers which this book presents, the reader is made well aware of the enormous complexities involved in language-planning in a country with more than 1.3 billion inhabitants. … This quite detailed and scholarly study can be read by anyone with a deeper interest in Chinese culture, language, society." (E. Van Laerhoven, Acta Comparanda, Vol. XVI, 2005)