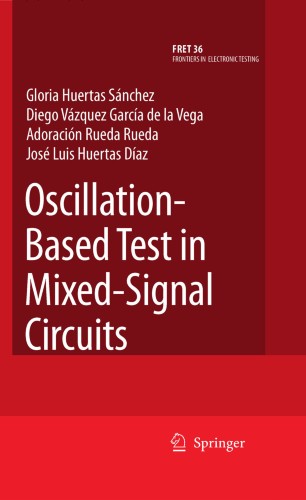 Oscillation-Based Test in Mixed-Signal Circuits presents the development and experimental validation of the structural test strategy called Oscillation-Based Test – OBT in short. The results here presented allow to assert, not only from a theoretical point of view, but also based on a wide experimental support, that OBT is an efficient defect-oriented test solution, complementing the existing functional test techniques for mixed-signal circuits.

Prof. José Luis Huertas is Director of the Instituto de Microelectronica de Sevilla in Spain. He has edited one book on Testing for Kluwer, that published in October 2004, and was series editor for the three book series from the European Mixed-Signal Initiative for Electronic System Design.