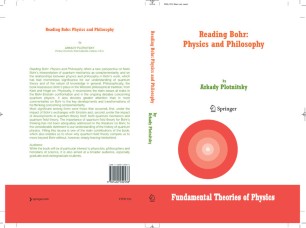 Reading Bohr: Physics and Philosophy offers a new perspective on Niels Bohr's interpretation of quantum mechanics as complementarity, and on the relationships between physics and philosophy in Bohr's work, which has had momentous significance for our understanding of quantum theory and of the nature of knowledge in general. Philosophically, the book reassesses Bohr's place in the Western philosophical tradition, from Kant and Hegel on. Physically, it reconsiders the main issues at stake in the Bohr-Einstein confrontation and in the ongoing debates concerning quantum physics. It also devotes greater attention than in most commentaries on Bohr to the key developments and transformations of his thinking concerning complementarity.
Most significant among them were those that occurred, first, under the impact of Bohr's exchanges with Einstein and, second, under the impact of developments in quantum theory itself, both quantum mechanics and quantum field theory. The importance of quantum field theory for Bohr's thinking has not been adequately addressed in the literature on Bohr, to the considerable detriment to our understanding of the history of quantum physics. Filling this lacuna is one of the main contributions of the book, which also enables us to show why quantum field theory compels us to move beyond Bohr without, however, simply leaving him behind.

Audience: While the book will be of particular interest to physicists, philosophers and historians of science, it is also aimed at a broader audience, especially graduate and undergraduate students, whom this book will help to develop a greater appreciation of Bohr, physics, and philosophy.