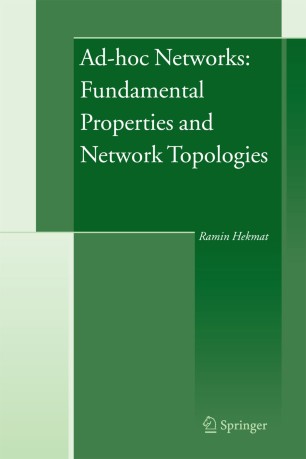 This book provides an original graph theoretical approach to the fundamental properties of wireless mobile ad-hoc networks. This approach is combined with a realistic radio model for physical links between nodes to produce new insights into network characteristics like connectivity, degree distribution, hopcount, interference and capacity.

This book clearly demonstrates how the Medium Access Control protocols impose a limit on the level of interference in ad-hoc networks. It has been shown that interference is upper bounded, and a new accurate method for the estimation of interference power statistics in ad-hoc and sensor networks is introduced here. Furthermore, this volume shows how multi-hop traffic affects the capacity of the network. In multi-hop and ad-hoc networks there is a trade-off between the network size and the maximum input bit rate possible per node. Large ad-hoc or sensor networks, consisting of thousands of nodes, can only support low bit-rate applications.