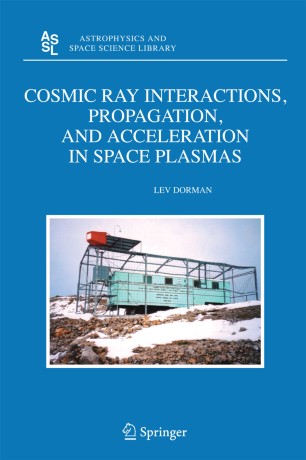 Chapter 3 is devoted to CR non-linear effects in space plasmas caused by CR pressure and CR kinetic stream instabilities with the generation of Alfvèn turbulence (these effects are important in galaxies, in the Heliosphere, in CR and gamma-ray sources and in the processes of CR acceleration).

The book ends with a list providing more than 1,300 full references, a discussion on future developments and unsolved problems, as well as Object and Author indexes. This book will be useful for experts and students in CR research, Astrophysics and Geophysics, and in Space Physics.