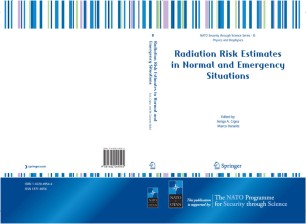 In September 2005, Yerevan (Armenia) hosted an International Conference dedicated to the 70th anniversary of the publication of the so called "green paper", published by N.W. Timofeeff-Ressovsky, K. Zimmer and M. Delbruck in 1935, entitled "On the origin of gene mutations and gene structure". The importance of this paper for genetics and radiobiology was enormous – not only for radiobiology, but for genetics in general. The "target" of the radiation action was indeed the "gene", that for the first time found a clear, operational definition. The organisers of this Conference proposed to convene scientists from all over the world to discuss the impact of radiation risk estimates in normal and emergency situations. This was the starting point of the NATO Advanced Research Workshop, whose proceedings are published in this book. The parallel development of the Conference and the Workshop resulted in a true synergism, both events taking advantage of the mixed environment of molecular biologists, genetists, radiobiologists, radioecologists, biophysicists, etc. gathered in Yerevan. We were delighted to include a few excellent papers dealing directly with Timofeeff-Ressovsky’s life, and the "green pamphlet". The life and scientific achievements of Timofeeff-Ressovsky are often not well known in western countries, hence we deemed it advisable to include those papers in this book.