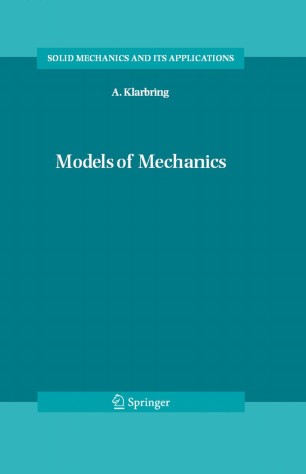 “Klarbring’s book is a clear and concise introduction into the foundations of classical mechanics for discrete particles, fluids, and solids … . It is aimed at the intermediate level … seasoned researchers will appreciate the philosophically unified approach to the various systems that are considered. … the text succeeds in providing a unified approach to the modeling of mechanical processes for a broad class of materials and systems.” (Thomas Pence, Meccanica, Vol. 44, 2009)