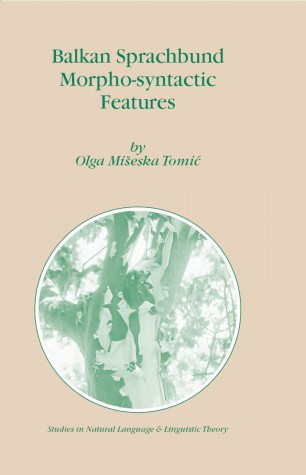 This book discusses the morpho-syntactic Balkan Sprachbund features in nine languages in which they are most numerous. It contains a wealth of Balkan linguistic material, collected from both the existing literature sources and from the author’s own field work. Rather than making parallel lists of convergent phenomena, the author focuses on displaying similarities and differences in the representation of the most widely acknowledged Balkan Sprachbund morpho-syntactic features and their interaction with other features in the structure of the DP or the sentence of individual languages. The book stands at the intersection of traditional and formal linguistics. The use of a minimally technical terminology allows for a cross-framework accessibility of the data.

The book will be of interest to researchers and students working in the fields of comparative linguistics and Macedonian, Bulgarian, Serbo-Croatian, Romanian, Megle-no-Romanian, Aromanian, Albanian, Modern Greek and Balkan Romani languages.