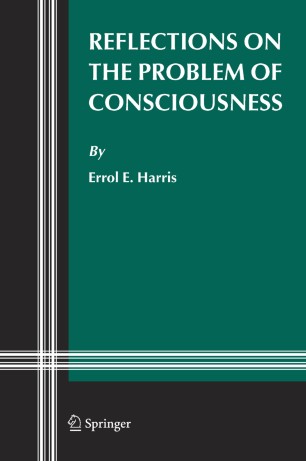 Reflections on the Problem of Consciousness

Part of the Studies in Brain and Mind book series (SIBM, volume 3)

The essential and most puzzling problem of consciousness is how the electro-chemical activity constantly occurring in the brain translates into the conscious experience we enjoy. Neither neuro-scientists nor psychologists nor philosophers have so much as tackled this problem head-on, (despite many claims to the contrary ) let alone solved it. In this study, Errol Harris considers the attempts that have been made by several important neuro-scientists and philosophers to address the question, and he makes his own suggestions as to how it might be approached with the best prospect of intelligibility.


"This book makes distinctive and rare contributions to philosophy of mind. The most significant and unusual virtue of this book is its range, combining a deep knowledge of the history of philosophy with critiques of contemporary works in philosophy of mind and the sciences of cognition. There are a few writers who have pursued a dialog between contemporary philosophy of mind/cognitive science and Contintental philosophers such as Husserl, Heidegger and Merleau-Ponty and Pragmatists such as William James. Harris is unique, in my experience, in bringing to bear additional insights from such fixtures in the philosophical canon as Aristotle, Spinoza, Hegel, Bradley and Collingwood alongside such contemporary spokespersons of cognitive science as Antonio Damasio and Daniel Dennett. For those us of us who think that those who ignore the lessons of philosophical history may be condemned to repeat them, this book may prove an important challenge." Steven Horst, Chair of Philosophy, Wesleyan University (CT, USA)