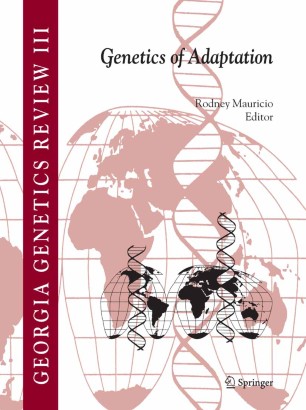 An enduring controversy in evolutionary biology is the genetic basis of adaptation. Darwin emphasized "many slight differences" as the ultimate source of variation to be acted upon by natural selection. In the early 1900’s, this view was opposed by "Mendelian geneticists", who emphasized the importance of "macromutations" in evolution. The Modern Synthesis resolved this controversy, concluding that mutations in genes of very small effect were responsible for adaptive evolution.

A decade ago, Allen Orr and Jerry Coyne reexamined the evidence for this neo-Darwinian view and found that both the theoretical and empirical basis for it were weak. Orr and Coyne encouraged evolutionary biologists to reexamine this neglected question: what is the genetic basis of adaptive evolution?

In this volume, a new generation of biologists have taken up this challenge. Using advances in both molecular genetic and statistical techniques, evolutionary geneticists have made considerable progress in this emerging field. In this volume, a diversity of examples from plant and animal studies provides valuable information for those interested in the genetics and evolution of complex traits.