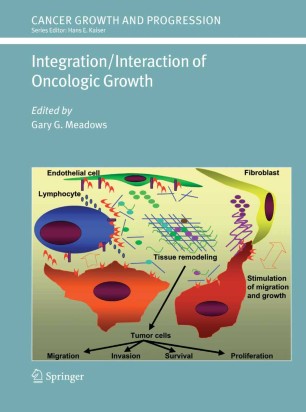 The present multi-volume Book Series, CANCER GROWTH AND PROGRESSION, encompasses the widest possible framework of cutting edge research in the field of neoplastic pathology and other integrated fields. Normal and pathologic growth is one of the most intensively studied yet challenging areas in pathology. Thus the individual volumes in this series focus on the topics of highest scientific interest for basic and clinical researchers, pathologists, medical and surgical oncologists and allied multidisciplinary teams interested in the study of these aspects of neoplastic growth, progression and inhibition. The range of topics covered is extensive, including but not limited to autonomous growth characteristics of malignancy, phenomena of progression of malignant growth involving the various body systems, and recent advances being made in successful neoplastic inhibition and control. Cell function may be described as producing progression or regression, often found as alternating features in tumors or as variations between normal tissues and tumors. The source of regression in normal melanin producing cells may not be the same as in melanomas. These functions of living matter persist in all phyla of eumetazoans vascular plants as well as in particular species of fungi. However, homo sapiens are the eumetazoan species, which interest us the most. Normal growth processes cannot be entirely understood in all its diversity until we have a thorough knowledge of what constitutes normal growth in various organisms.