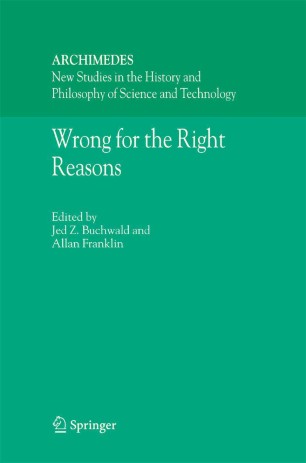 Wrong for the Right Reasons

The rapidity with which knowledge changes makes much of past science obsolete, and often just wrong, from the present's point of view. We no longer think, for example, that heat is a material substance transferred from hot to cold bodies. But is wrong science always or even usually bad science? The essays in this volume argue by example that much of the past's rejected science, wrong in retrospect though it may be - and sometimes markedly so - was nevertheless sound and exemplary of enduring standards that transcend the particularities of culture and locale.