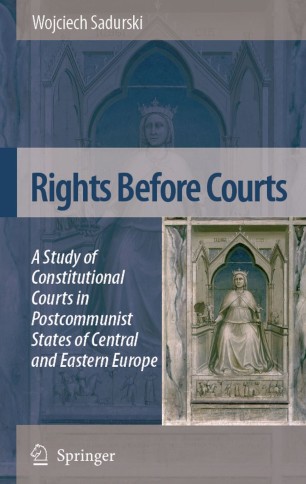 Challenging the conventional wisdom that constitutional courts are the best device that democratic systems have for the protection of individual rights, Wojciech Sadurski examines carefully the most recent wave of activist constitutional courts: those that have emerged after the fall of communism in Central and Eastern Europe. In contrast to most other analysts and scholars he does not take for granted that they are a "force for the good", but rather subjects them to critical scrutiny against the background of a wide-ranging comparative and theoretical analysis of constitutional judicial review in the modern world. He shows that, in the region of Central and Eastern Europe, their record in protecting constitutional rights has been mixed, and their impact upon the vibrancy of democratic participation and public discourse about controversial issues often negative. Sadurski urges us to reconsider the frequently unthinking enthusiasm for the imposition of judicial limits upon constitutional democracy. In the end, his reflections go to the very heart of the fundamental dilemma of constitutionalism and political theory: how best to find the balance between constitutionalism and democracy? The lively, if imperfect, democracies in Central and Eastern Europe provide a fascinating terrain for raising this question, and testing traditional answers. This innovative, wide-ranging and thought-provoking book will become essential reading for scholars and students alike in the fields of comparative constitutionalism and political theory, particularly for those with an interest in legal and political developments in the postcommunist world