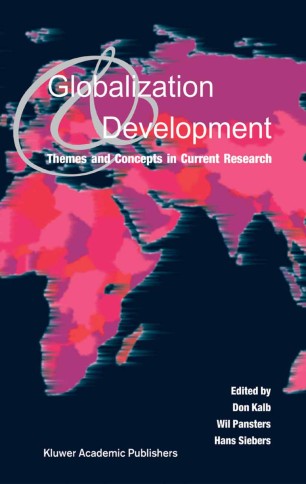 Themes and Concepts in Current Research

This book is a collective effort on the part of researchers affiliated with the CERES Research School in Development Studies in the Netherlands to discuss a series of themes and concepts crucial to the overlapping fields of globalization and development research. While development in the course of the 1980s and 1990s was becoming hinged onto globalization, prior approaches to development were increasingly being criticized. An impasse was announced by various actors in the field, and renewed reflection on some of the basic concepts and methods became inevitable. Much of the initial rethinking went under the sign of postmodernism and tended to give priority to micro- and actor-centered research. Later, with the emerging discussion on globalization, new macro dimensions were added, and efforts were launched to articulate local/global approaches. This book discusses a set of key themes and concepts that reflect these intellectual and historical developments. Used by politicians and researchers, they reflect the continuing concern about inequality and poverty by students and practitioners of development, and contain crucial perspectives for a critical engagement of current globalization processes and their consequences. The chapters in this book examine the notions and issues of globalization, livelihood, identity, governance, transnationalism, and knowledge.