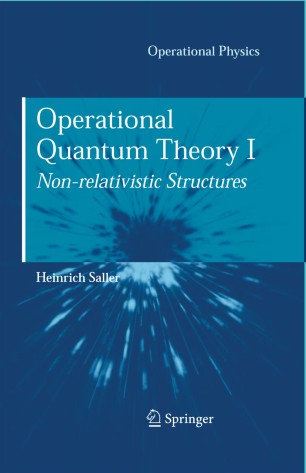 Operational Quantum Theory I is a distinguished work on quantum theory at an advanced algebraic level. The classically oriented hierarchy with objects such as particles as the primary focus, and interactions of these objects as the secondary focus is reversed with the operational interactions as basic quantum structures. Quantum theory, specifically nonrelativistic quantum mechanics, is developed from the theory of Lie group and Lie algebra operations acting on both finite and infinite dimensional vector spaces. In this book, time and space related finite dimensional representation structures and simple Lie operations, and as a non-relativistic application, the Kepler problem which has long fascinated quantum theorists, are dealt with in some detail. Operational Quantum Theory I features many structures which allow the reader to better understand the applications of operational quantum theory, and to provide conceptually appropriate descriptions of the subject.

Operational Quantum Theory I aims to understand more deeply on an operational basis what one is working with in nonrelativistic quantum theory, but also suggests new approaches to the characteristic problems of quantum mechanics.