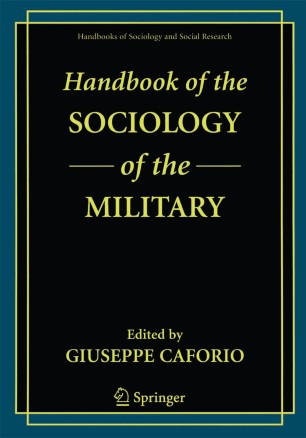 Never before has there been so extensive a collection of what has been thought, said, and written about the sociology of the military. This accessible handbook is the first of its kind to delve into the sociological approach to the study of the military. This book is compiled of documents coming from various researchers at universities around the world as well as military officers devoted to the sector of study. Covered in this volume is a historical excursus of studies prior to contemporary research, interpretive models and theoretical approaches developed specifically for this topic, civic-military relations including issues surrounding democratic control of the armed forces, military culture, professional training, conditions and problems of minorities in the armed forces, an examination of the structural change within the military over the years including new duties and functions following the Cold War.

This book is ideal for scholars of the subject as well as those coming to the sociology of the military for the first time.