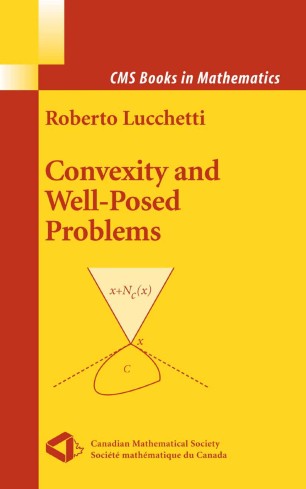 Intended for graduate students especially in mathematics, physics, and

economics, this book deals with the study of convex functions and of

perturbations. The primary goal is the study of the problems of

stability and well-posedness, in the convex case. Stability means the

change the initial data. Well-posedness means that points with values

close to the value of the problem must be close to actual solutions.

In studying this, one is naturally led to consider perturbations of

both functions and of sets.

The book includes a discussion of numerous topics, including:

* hypertopologies, ie, topologies on the closed subsets of a metric space;

* the Hahn-Banach theorem, which is a fundamental tool for the study of convex functions;

* questions related to convergence of sets of nets;

* algorithms for minimizing a convex function.

In order to facilitate use as a textbook, the author has included a

selection of examples and exercises, varying in degree of difficulty.

Robert Lucchetti is Professor of Mathematics at Politecnico di Milano. He has taught this material to graduate students at his own university, as well as the Catholic University of Brescia, and the University of Pavia.