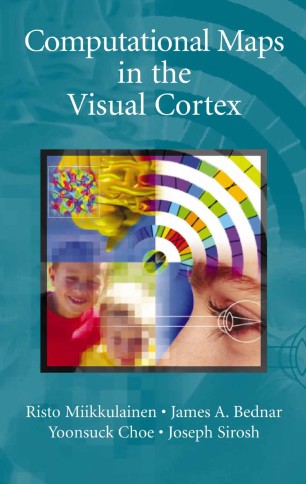 Computational Maps in the Visual Cortex

Biological structures can be seen as collections of special devices coordinated by a matrix of organization. Devices are dif?cult to evolve and are meticulously conserved through the eons. Organization is a ?uid medium capable of rapid adaptation. The brain carries organizational ?uidity to the extreme. In its context, typical devices are ion channels, transmitters and receptors, signaling pathways, whole individual neurons or speci?c circuit patterns. The border line between what is to be called device and what a feat of organization is ?owing, given that in time organized s- systems solidify into devices. In spite of the neurosciences’ traditional concentration on devices, their aiming point on the horizon must be to understand the principles by which the nervous system ties vast arrays of internal and external variables into one coherent purposeful functional whole — to understand the brain’s mechanism of organization. For that purpose a crucial methodology is in silico experimentation. Computer simulation is a convenient tool for testing functional ideas, a sharp weapon for d- tinguishing those that work from those that don’t. To be sure, many alternatives can only be decided by direct experiment on the substrate, not by modeling. However, if a functional idea can be debunked as ?awed once tried in silico it would be a waste to make it the subject of a decade of experimentation or discussion. The venture of understanding the function and organization of the visual system illustrates this danger.