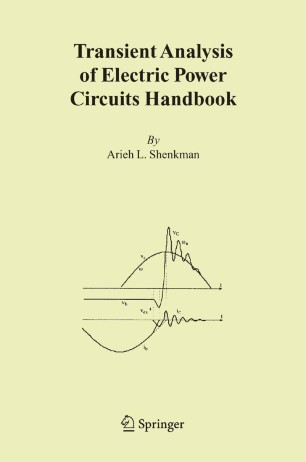 Every now and then, a good book comes along and quite rightfully makes itself a distinguished place amongthe existing books of the electric power engineering literature. This book by Professor Arieh Shenkman is one of them. Today, there are many excellent textbooks dealing with topics in power systems. Some of them are considered to be classics. However, many of them do not particularly address, nor concentrate on, topics dealing with transient analysis of electrical power systems. Many of the fundamental facts concerning the transient behavior of electric circuits were well explored by Steinmetz and other early pioneers of electrical power engineering. Among others, Electrical Transients in Power Systems by Allan Greenwood is worth mentioning. Even though basic knowledge of tr- sients may not have advanced in recent years at the same rate as before, there has been a tremendous proliferation in the techniques used to study transients. Theapplicationofcomputerstothestudyoftransientphenomenahasincreased both the knowledge as well as the accuracy of calculations. Furthermore, the importance of transients in power systems is receiving more and more attention in recent years as a result of various blackouts, brownouts, and recent collapses of some large power systems in the United States, and other parts of the world. As electric power consumption grows exponentially due to increasing population, modernization, and industrialization of the so-called third world, this topic will be even more important in the future than it is at the present time.