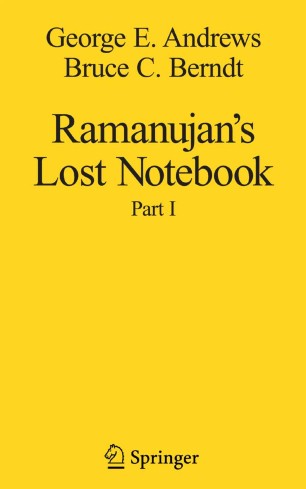 This volume is the first of approximately four volumes devoted to providing statements, proofs, and discussions of all the claims made by Srinivasa Ramanujan in his lost notebook and all his other manuscripts and letters published with the lost notebook. In addition to the lost notebook, this publication contains copies of unpublished manuscripts in the Oxford library, in particular, his famous unpublished manuscript on the partition and tau-functions; fragments of both published and unpublished papers; miscellaneous sheets; and Ramanujan's letters to G. H. Hardy, written from nursing homes during Ramanujan's final two years in England. This volume contains accounts of 442 entries (counting multiplicities) made by Ramanujan in the aforementioned publication. The present authors have organized these claims into eighteen chapters, containing anywhere from two entries in Chapter 13 to sixty-one entries in Chapter 17.