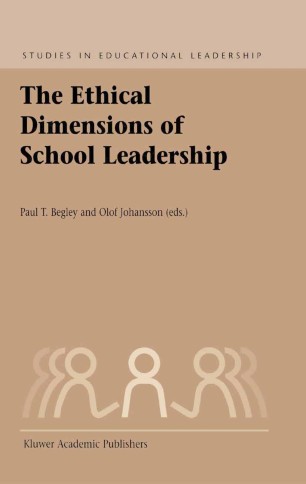 The Ethical Dimensions of School Leadership

Among the many significant features of this volume is the dedication to the late Don Willower, Professor of Education at Pennsylvania State University. It is significant in light of Willower’s long record of major contributions to the empirical literature in Educational Administration and his mentorship of many students steeped in the tradition of the so-called science of administration. These include scholars like Wayne Hoy and Peter Cistone who readily acknowledge their personal and intellectual debt to Willower. How is it, then, that Willower, a colleague of the giants of Educational Administration in the 60s and 70s, people such as Dan Griffiths, Jack Culbertson, and Roald Campbell, to name just a few, came to associate himself with this relatively upstart group of academics and practitioners interested in values, of all things? As an inheritor of the mantle thrown down by Getzels and Guba all those years ago, it might seem strange to see Willower consorting with people who argue about the distinction between fact and value. It is true, of course, that Willower majored in philosophy at the State University of New York at Buffalo as an undergraduate. So the language and the ways of thinking among many of those interested in values and ethics were not all that foreign to him. He could certainly hold his own in debate with his friend, Chris Hodgkinson, the foremost philosopher of Educational Administration in the field today, and a contributor to this volume.