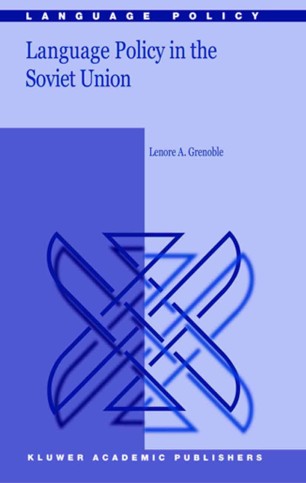 Soviet language policy provides rich material for the study of the impact of policy on language use. Moreover, it offers a unique vantage point on the tie between language and culture. While linguists and ethnographers grapple with defining the relationship of language to culture, or of language and culture to identity, the Soviets knew that language is an integral and inalienable part of culture. The former Soviet Union provides an ideal case study for examining these relationships, in that it had one of the most deliberate language policies of any nation state. This is not to say that it was constant or well-conceived; in fact it was marked by contradictions, illogical decisions, and inconsistencies. Yet it represented a conscious effort on the part of the Communist leadership to shape both ethnic identity and national consciousness through language. As a totalitarian state, the USSR represents a country where language policy, however radical, could be implemented at the will of the government. Furthermore, measures (such as forced migrations) were undertaken that resulted in changing population demographics, having a direct impact on what is a central issue here: the very nature of the Soviet population. That said, it is important to keep in mind that in the Soviet Union there was a difference between stated policy and actual practice. There was no guarantee that any given policy would be implemented, even when it had been officially legislated.