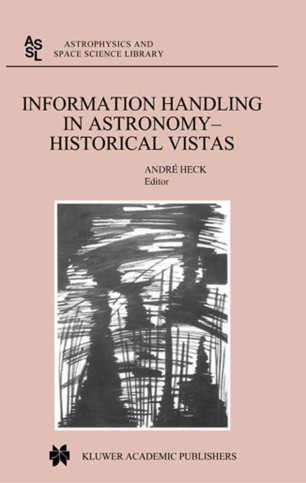 This book is dedicated to the memory of Gisèle Mersch whose life ended prematurely in June 2002. Back in the 1970s, when few people were using them, Gisèle introduced me to the arcane secrets of then advanced m- tivariate statistical methodologies. I was already involved in more classical statistical studies undertaken at Paris Observatory with Jean Jung: developing and applying maxim- likelihood algorithms to stellar photometric and kinematic data in order to derive absolute luminosities, distances and velocities in the solar neighb- hood. But what could be envisaged with those methodologies was something of another dimension: for the first time, I could really see how to extract information from massive amounts of data without calling for elaborated physical or mechanical theories. Several pioneering applications were developed under Gisèle’s guidance and with her collaboration to study the delicate interface between spect- scopic and photometric data. Thus errors in spectral classifications were investigated as well as predictions of spectral classifications from pho- metric indices (see Heck 1976, Heck et al. 1977, Heck & Mersch 1980 and Mersch & Heck 1980), with very interesting results for the time. Gisèle also took part in studies of period determination algorithms (see Mersch & Heck 1981, Manfroid et al. 1983 and Heck et al. 1985).