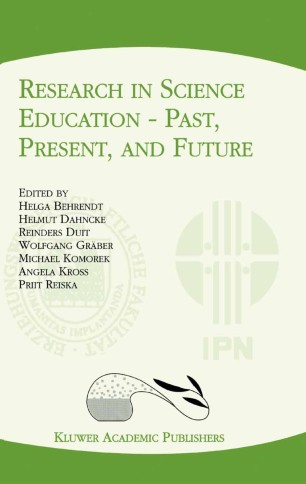 Research in Science Education - Past, Present, and Future

This volume includes articles based on papers presented at the Second International Conference of the European Science Education Research Association (E.S.E.R.A.) held in Kiel, August 31 to September 4, 1999. About 300 colleagues, virtually from around the world - with a particular European focus - participated. Some 200 papers were presented. Three pages synopses of these papers were published in Proceedings of the conference (edited by Michael Komorek, Helga Behrendt, Helmut Dahncke, Reinders Duit, Wolfgang Gräber and Angela Kross). They are available from the IPN homepage: http://www.ipn.uni-kiel.de. The participants were asked to submit contributions to the present volume. It contains the invited plenary lectures and a selection of the submitted contributions based on reviews by an international board and the editors. The volume mirrors main lines of research in science education in Europe and around the world. The invited lectures provide overviews of the growth of science education research from the past to the present, including views of future developments. Major emphasis of empirical research still seems to be students' conceptions and conceptual change. About half of the contributions fall into that category. In addition, most of the remaining contributions deal with various cognitive issues of teaching and learning science. It was surprising for us that the number of studies on affective issues and gender differences was much smaller than expected.