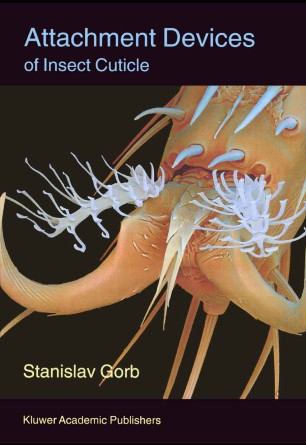 In 1974 when I published my book, Biological Mechanism of Attachment, not many pages were required to report on the attachment devices of insect cuticles. As in most fields of research, our knowledge on this specific subject has simply exploded. Dr. Stanislav N. Gorb now describes the present day level of our knowledge, to which he has personally contributed so much, and a research team working on biological microtribology has gradually developed, also. With modern methods of measurement it is possible to enter the structure – function relationship much more deeply, even down to a molecular level, which was not possible two and a half decades ago. It is a well known fact that, in biology, the more sophisticated the measuring method, the greater the achievement of biological fundamental research, and its resulting evidence. Our knowledge remains at a certain level until new methods once more permit a forward leap. Biological knowledge develops in the form of a stepped curve rather than linear, as reflected in the studies carried out on the attachment devices of insect cuticles.