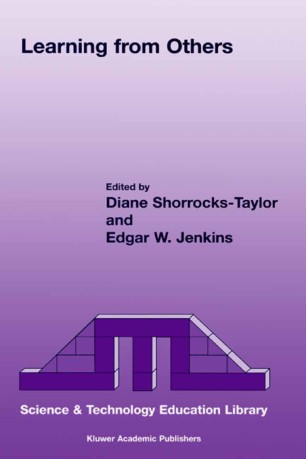 Diane Shorrocks-Taylor School of Education, University of Leeds,UK In September 1998, a conference was held at the University of Leeds entitled ‘International comparisons of pupil performance: issues and policy’. It was arranged by two groups within the School of Education at the University, the newly formed Assessment and Evaluation Unit and the Centre for Studies in Science and Mathematics Education. Thejoint interest in international comparisons of performance had itself arisen from earlier involvement in a follow-up study of the 1995 TIMSS work in England, reported in a later chapter in this book, in which the TIMSS assessment outcomes were studied alongside the outcomes from the National Curriculum testing programme in England. Some of the results of this investigation had proved both interesting and challenging so the decision was made to promote wider discussion of some key issues by inviting contributors from all over the world to a meeting the major aims of which were to promote an exploration of : - the theoretical foundations of international comparative studies of student performance; - the practical problems of carrying out such studies; - the appropriateness of the assessment models and approaches used in international comparisons; - the role of international comparative studies in raising standards of student performance; - and how international studies affect the shaping of national policy on education.