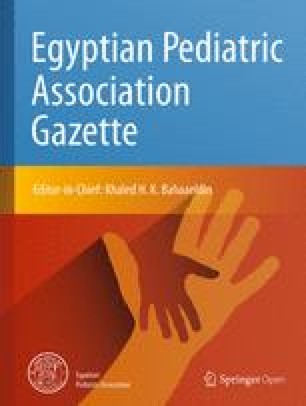 Melatonin as an adjuvant therapy in preterm infants with neonatal sepsis, randomized trial

Neonatal sepsis (NS) is a systemic uncontrolled inflammatory response to an infectious agent, resulting in oxidative stress. Melatonin antioxidant and free radical scavenger proved to be safe in neonates. We aimed to evaluate the efficacy and safety of melatonin as adjuvant therapy in NS. This was an interventional trial conducted on 40 preterm neonates with NS diagnosed on the basis of clinical and laboratory criteria. They were simply randomized to melatonin treated (MT) (n = 20) and conventionally treated (CT) (n = 20) groups. Melatonin was administered at a total dose of 20 mg enterally in two divided doses of 10 mg each, 1 h apart. Malondialdehyde (MDA) was assessed in patients at enrollment, 4 and 72 h later in MT, and 72hours later in CT. Fifteen healthy matched neonates were included as a control.

Melatonin is effective and safe adjuvant for treatment of NS that improves clinical and laboratory outcomes.

Neonatal sepsis (NS) is a leading cause of neonatal morbidity and mortality and a major public health problem, especially in developing countries and particularly in preterm infants [1, 2]. It constitutes a systemic inflammatory response against the invading pathogen, where both endothelial cells and neutrophils are activated to release oxygen-derived free radicals; the so-called oxidative stress, resulting in cellular injury and organ failure [3].

Healthy adults have well developed and integrated antioxidant defenses to oppose the potential negative action of reactive oxygen species (ROS). Newborns, especially the premature, on the other hand, are very susceptible to oxidative stress due to an imbalance between the enhanced ROS production and the deficient antioxidant ability [4, 5].

Melatonin is an endogenously produced indolamine in adult humans, but found only in minimal amounts in neonates; especially preterm infants who are melatonin deficient. It is synthesized in the pineal gland from the neurotransmitter serotonin. It has a variety of physiological functions, not only as chronobiotic, but also visual, reproductive, cerebrovascular, and neuroendocrine functions. It is also cytoprotective and enhances free radical scavenging [4, 6].

Melatonin was used in many diseases during the perinatal period, some research workers studied its beneficial effect on the free radical disease in the newborn, including asphyxia, respiratory distress syndrome, surgical processes, and sepsis [7]. Studies related to the safety of melatonin have not discovered evidence of toxicity in either animals or humans even when given in very high doses [8].

We hypothesized that melatonin can be used as adjuvant therapy in treating septic preterm infants. So, this randomized interventional study aimed at evaluation of the efficacy and safety of enterally administered melatonin in comparison to conventional sepsis treatment alone in preterm neonates, through measuring the levels of malondialdehyde acid (MDA) as a marker of oxidative stress ( primary outcome) and comparing other clinical and laboratory parameters (secondary outcome) of sepsis in both groups.

This was an interventional clinical trial conducted on 55 preterm neonates (< 36 weeks’ gestation) admitted to the neonatal intensive care units (NICUs) of University Hospitals during the period from November 1, 2015 till July 31, 2017.

Forty preterm infants were diagnosed as having neonatal sepsis based on clinical signs and laboratory indicators including Rodwell’s hematological score ≥ 3 [9]. Fifteen healthy, growing, gender, and gestational age-matched preterm infants were studied as control after ruling out sepsis. These were included for the assessment of basal MDA levels in the healthy preterm.

A full history was taken for all neonates including maternal, obstetric, and perinatal history. Gestational age (GA) was calculated based on the date of the last menstrual period and confirmed by using the modified Ballard score [10].

Mode of delivery and Apgar score at 1 and 5 min were recorded. Birth anthropometric parameters were measured. All neonates received routine neonatal care according to our NICU protocol.

Preterm infants were excluded from the study if they had congenital anomalies, evidence of perinatal asphyxia, contraindication of enteral feeding, and/or oxygen needs with a fraction of inspired oxygen above 30%, either on invasive or non-invasive mechanical ventilation.

The study design was a parallel trial with an allocation ratio of 1:1. Simple randomization of septic neonates (n = 40) was done using odd- and even-numbered prewritten cards according to sequence of enrollment. We assigned odd numbers to melatonin treatment (MT group; n = 20); combined with conventional therapy of sepsis, and even numbers to lone conventional therapy (CT group; n = 20).

Melatonin 10 mg rapid release capsules (Puritans pride®) were used. MT group was given melatonin at a total dose of 20 mg dissolved in 4 ml of distilled water via the enteral route in two doses of 10 mg (2 ml) each, with a 1-h interval

Laboratory investigations were done at the time of diagnosis of sepsis in patients and on day 1 in the control group and was repeated in patients on day 3. These included C-reactive protein (CRP) assay by latex agglutination test and complete blood count using Sysmex XT-1800i (Sysmex, Kobe, Japan).

Venous samples were withdrawn in gel tubes and were allowed to clot for 30 min before centrifugation at 2000×g for 15 minutes at 4 °C.

MDA detected by Colorimetric method using Lipid Peroxide (Malondialdehyde) Assay Kit supplied by BIODIAGNOSTIC® (cat no. MD 25 28). Serum MDA was reassessed in MT group 4 and 72 h after melatonin administration and in CT group, 72 h after the initial sample. Serum MDA concentrations were measured with an enzyme-linked immunosorbent assay (ELISA) kit according to the manufacturer’s protocol (Biodiagnostics).

Assuming an effect size for melatonin on CRP levels of one (1) a sample size of 20 would be enough to detect such effect if true at 0.05 alpha error and 0.8 power of the test.

We used chi-square test and/or Fisher exact test for comparison of qualitative data within groups.

The comparison between two paired groups with quantitative data and parametric distribution was done by using paired t test while data with non-parametric distribution were done by using Wilcoxon rank test. Spearman correlation coefficients were used to assess the correlation between two quantitative parameters in the same group.

There was no difference found between MT group and CT group regarding all neonatal and maternal demographic data; GA, birth weight, mode of delivery, and sex distribution (p > 0.05). Moreover, there were no significant differences between MT and CT groups regarding MAP, oxygen use, need for inotropic support, and need for anti-fungal therapy before melatonin treatment.

No side effects following melatonin administration have been reported using the present dose.

Neonatal sepsis is a commonly encountered problem in NICUs, which is characterized by oxidative stress, release of cytokines, and mitochondrial dysfunction [11, 12]. In order to counteract free radicals damage, many strategies to augment antioxidant status in ill preterm infants have been described. Melatonin and its metabolites efficiently detoxify ROS and other free radicals, through the activation of several antioxidant mechanisms [4].

So, in this clinical trial, we administered enteral melatonin to a group of septic preterm neonates to test its efficacy in comparison to a group of matched neonates.

We used distilled water to dissolve the medicine. In the study of Gitto and colleagues [11], they used 1:90 mixture of ethanol/physiologic saline as a solvent for melatonin, which was not received by the septic infants not treated with melatonin. Although given in a very small amount, ethanol itself is reported to have antioxidative actions which can affect the results.

We documented that the serum inflammatory parameters, namely, TLC, ANC, platelet count, and CRP were similar before melatonin administration in all septic patients, however, TLC, ANC, and CRP were significantly higher and platelets count was significantly lower in CT group compared to MT group 72 h after basal values. The significant improvement in septic laboratory parameters, that we found, has been previously shown in other studies [11, 13]. In their study, Gitto et al. [11] documented a significant improvement both clinically and laboratory after 24 h in those neonates who received melatonin. This effect is predominantly related to the anti-inflammatory ability of melatonin.

As regards the clinical course of sepsis in the two septic groups in comparison to the control, there were no significant difference between control and MT group as regards mean arterial blood pressure (MAP) and inotropic use after melatonin treatment while CT group showed significantly less MAP, and more use of inotropes and more mortality than control group. This documents that melatonin use improved the clinical course of sepsis in these neonates.

Moreover, there was a shorter length of stay in the MT group compared to the CT group, and there was no mortality in the MT group while there were 6 (30%) mortality in CT. This was comparable to [11, 13, 18, 19] who declared that as a therapeutic agent in sepsis, melatonin has been associated with decreased inflammatory markers and improved outcomes.

We reported no side effects following melatonin administration in our study. Many studies documented that short-term melatonin use is highly effective in reducing complications in the neonatal period with a remarkably benign safety profile, even with pharmacological doses [11, 20, 21]. None of the animal studies of perinatal melatonin exposure has shown any serious side effects, and no complications with long-term melatonin therapy in children and adults have been reported as well [22]. With the general agreement that melatonin therapy has low toxicity, even when children are treated with higher doses [8].

Limitations of our study are that we included both early-onset sepsis and late-onset sepsis in both groups without subgrouping them in each of the studied groups, this was due to the small number of participants in each group.

Melatonin, being an antioxidant, offers perspectives of beneficial effects in neonatal sepsis with the improvement of clinical and laboratory parameters of inflammation and improve the clinical outcome. No adverse event has been observed in our population of newborns treated with melatonin.

ZE and OE conceptualized and designed the study. SK and HS contributed to the conceptualization and drafted the initial manuscript. HO and MM supervised data collection, laboratory investigations and analyzed and interpreted the data. All authors contributed to data interpretation and manuscript writing and have read and approved the final submission.

Written consents were obtained from parents or caregivers of included neonates. The study protocol was approved by the Research Ethical Committee of Ain Shams University hospitals; ID: FMASUMD 250/2015 and it was designed to be in accordance with the Helsinki Declaration of 1975. This study is registered in clinicalTrials.gov (clinicalTrials.gov Identifier: NCT03295162).