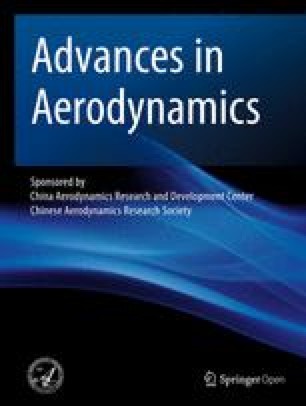 In this work, a discrete unified gas kinetic scheme (DUGKS) is developed for radiative transfer in anisotropic scattering media. The method is an extension of a previous one for isotropic radiation problems [1]. The present scheme is a finite-volume discretization of the anisotropic gray radiation equation, where the anisotropic scattering phase function is approximated by the Legendre polynomial expansion. With the coupling of free transport and scattering processes in the reconstruction of the flux at cell interfaces, the present DUGKS has the nice unified preserving properties such that the cell size is not limited by the photon mean free path even in the optical thick regime. Several one- and two-dimensional numerical tests are conducted to validate the performance of the present DUGKS, and the numerical results demonstrate that the scheme is a reliable method for anisotropic radiative heat transfer problems.

Radiative heat transfer appears in many engineering applications, such as short-pulsed laser in turbid media [2], radiative base heating from rocket exhaust plums [3], radiation in liquid rocket engines [4], nonequilibrium radiative hypersonic flows [5], and some other processes [6, 7, 8, 9]. In practical applications, the scattering media are usually anisotropic [10], and some studies have been reported in the literature. For instance, it is found that radiative heat transfer can be greatly influenced in aerosol media due to the anisotropy properties [11]. The physically realistic approach for the scattering behaviour of coal combustion particles is the anisotropic, strongly forward scattering [12]. The liquid aluminum oxide particles produced from combustion of solid propellant exhibit a strong forward scattering characteristic [13].

Radiative heat transfer in anisotropic media can be described by the radiative transfer equation (RTE) for radiation intensity of the photon, which is a high dimensional integral-differential equation. As the scattering effect of the media is strong (optical thick), i.e., the photon mean free path (MFP) λ is much smaller than the characteristic macroscopic length L, the radiation behaves diffusively. On the other hand, the radiation can transport freely with the light speed when the scattering effect is weak (optical thin). Many practical media contain both strong and weak scattering regimes, such that it is necessary to design numerical schemes which can capture the radiation transport accurately in both cases uniformly. The widely used stochastic Monte Carlo method (MCM) [14, 15, 16], which simulates the RTE by tracking the transport process of simulated photons with a mesh size smaller than the MFP, is inefficient in optical thick media. The classical deterministic discrete ordinates method (DOM) [17, 18, 19] and finite volume method (FVM) [10, 20, 21, 22] also suffer similar challenges. Therefore, it is necessary to develop multiscale schemes which are suitable for problems with arbitrary optical thickness without the limitation of the mesh size by the MFP.

The asymptotic preserving (AP) scheme for the linear kinetic equation is one of the idealized multiscale schemes. AP schemes are first studied in steady neutron transport problems [23, 24, 25, 26]. For unsteady problems, some AP schemes have also been proposed [27, 28]. Recently, an AP method, the unified gas kinetic scheme (UGKS) was successfully developed for radiative transfer problems [29, 30, 31]. Another asymptotic preserving multiscale method, the discrete unified gas kinetic scheme, which was initially designed for gas flows [32, 33], was also extended to solve the radiative heat transfer problems in isotropic scattering media [1]. As the distribution function at a cell interface in DUGKS is constructed from the characteristic numerical solution rather than the local integral one in the UGKS, the DUGKS has a simpler structure and is more computational efficient. Furthermore, it can be shown that the DUGKS has the unified preserving properties such that it can serve as an efficient multiscale method [34]. However, both the UGKS and DUGKS have not considered the effects of the anisotropic scattering properties.

The remainder of this paper is organized as follows. Section 2 introduces the anisotropic scattering radiative transfer equation, and the DUGKS for RTE is described in Section 3. Some numerical tests are performed in Section 4. Finally, a brief summary is given in Section 5.

where ψ is the angle between incoming direction s′(μ′,φ′) and scattered direction s(μ,φ). μ is the cosine of the zenith angle and φ is the azimuth angle of the direction s. Cj(α1,α2) is the angular distribution coefficients, where α1=πD/υ and α2=mπD/υ with D being the diameter of radiative medium particle, υ is the wavelength of the incident radiation in the surrounding medium, and m is the complex index of refraction of radiative medium particle relative to the surrounding medium. Pj is Legendre polynomials of order j. For strongly anisotropic scattering media, the upper limit N should be big enough to ensure the accuracy of the calculation results.

The iteration stops as the intensity is converged, i.e., ∣Il+1−Il∣<ε, where ε is a small number which is set to be 10−4 in our simulations. Eq. (23) is also solved iteratively in a similar way. We found that the number of iterations is less than 10 in almost all the numerical tests in the present work. But for more complex problems, more advanced acceleration technique should be employed.

Finally, we note that with the use of the trapezoidal rule in Eqs. (12) and (17), the present DUGKS is a semi-implicit scheme and the time step Δt is not limited by the scattering, which is determined by the Courant-Friedrichs-Lewy (CFL) condition [41],
$$ \Delta t =\alpha \frac{\Delta x}{c}, $$
(27)

where 0<α<1 is the CFL number, and Δx is the minimal grid spacing.

where εw is the diffuse emissivity, ρw is the diffuse reflectivity, and nw is the unit inner normal vector at the boundary. Ib(xw) is the blackbody radiation intensity at the boundary surface having a specified temperature. This boundary condition is implemented in the DUGKS straightforwardly by replacing the s with each discrete angle sk, and evaluating the integral with the numerical quadrature.

4.1 Radiation in a slab with different wall temperatures

In the first case, the DUGKS is applied to the radiative heat transfer in a slab with thickness L filled with anisotropic absorbing-scattering media, as shown in Fig. 1. The temperatures on the boundaries located at x=0 and x=L are maintained at T0 and T1, respectively, where T1>T0. The angular space is discretized into 40 control angles. The physical space is discretized into Nx=21 uniform cells. Two anisotropic media composed of different particle clouds are considered, where the radiative properties are summarized in Table 1. The scattering phase function is expressed by N-th Legendre polynomial expansions obtained from Eq. (6). Figure 2 shows the non-dimensional radiation energy Φb at different optical thickness τ=βL, where Φb=(G−G0)/(G1−G0) with \(G_{0} = 4\sigma T^{4}_{0}\) and \(G_{1} = 4\sigma T^{4}_{1}\). It can be seen that the results are in good agreement with the exact results for τ=0.1,1,5 [43]. When τ is large, the incident radiation energy G can be solved by the limit diffusion equation such that the distribution of G is linear, where the optical thick cases for τ=21,40,100,1000 agree well with that. It is noted that the results are still satisfied even as Δx/λ=τ/Nx≥1. These results confirm the capability of the present DUGKS method in simulating anisotropic heat transfer process for one-dimensional problems.
Table 1

4.2 Radiation in a square domain with a hot wall

Figure 5 shows the net radiative heat flux in the y-direction along the vertical centerline at x=L/2. The net hot surface radiative heat flux is shown in Fig. 6. For comparison, we also present the solutions of DOM [17] for this problem. It can be seen the DUGKS results agree quite well with the DOM results for five different media. From Fig. 5 and Fig. 6, the effects of the anisotropic scattering media can be seen clearly. The forward scattering media transport more radiation heat into the forward direction than the isotropic medium, while the backward scattering media transport less radiation heat into the forward direction than the isotropic medium.
The effect of the wall reflectivity on the radiative heat transfer is also examined with the medium F2. Figure 7 shows the net radiative heat flux along the centerline of the enclosure at different wall reflectivity. It is noted that with the increasing of ρ, the radiative heat flux qy decreases significantly, which is caused by the increasing of the radiative flux that reflects from the walls.
The net radiative heat flux along the centerline qy for different optical thickness with the medium F2 is also shown in Fig. 8. The optical thickness range from τ=0.01 to τ=100 are considered. The DUGKS results agree well with the DOM results [17] from τ=0.01 to τ=10, and have the reasonable results when Δx/λ=τ/Ny≥1. Furthermore, in the literature [17], when the optical thickness is larger than 2.5, the DOM scheme should use finer mesh (52×52) to eliminate the error. The DUGKS does not have this problem, as shown in Fig. 8. These results again confirm the capability of the present DUGKS method in simulating 2D anisotropic radiative scattering problems.

4.3 Radiation in a square domain with collimated incidence

where sc is incident angle of the beam, and τy=βy.

This work was supported by the National Key R&D Program of China (No. 2018YFE0180900) and the Fundamental Research Funds for the Central Universities (No. 2019kfyXMBZ040).

The research output is coming from our joint effort. All authors read and approved the final manuscript.