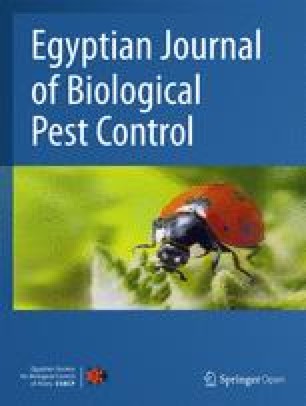 In a previous study, we identified a protein elicitor AMEP412 from Bacillus subtilis, which could trigger plant defense response and induce systemic acquired resistance. In the present study, the toxicity of AMEP412 against the whitefly Bemisia tabaci (Genn.) (Hemiptera: Aleyrodidae) was reported. The purified protein samples at different concentrations (1, 5, 10, 20, 40, and 80 μg/ml) caused 17–96% mortality 2 days post-artificial adult feeding, where the median lethal concentration (LC50) was calculated by 15.57 μg/ml. The stability test showed that AMEP412 had a good stability against thermo and natural degradation. The fluorescence localization assay revealed that AMEP412 could be taken into the whitefly adult body and localized in the gut. Based on the feature of this protein, AMEP412 was probably digested by gut proteases and led to the release of hydrophobic fragments in the insect gut. It was deduced that these hydrophobic peptides could insert themselves into the cell membrane and form lytic pores, leading to content leakage and cell lysis, followed by insect death. This study sheds a light on the toxic effect of AMEP412, which not only enriched the function of the protein elicitor but also provided a new choice for the biocontrol of whiteflies.

The whitefly Bemisia tabaci (Genn.) (Hemiptera: Aleyrodidae) is an important insect pest to several crops, including vegetables, cotton, and ornamentals (Byrne and Bellows 1991). It damages crops by feeding on phloem and transmitting plant viruses, leading to tremendous losses in agricultural production and national economies (Reitz 2007; Navas-Castillo et al. 2011). The main strategy of controlling the whitefly was mainly based on chemical insecticides. However, whitefly had developed resistance to those excessively and frequently applied insecticides (Wang et al. 2009; Luo et al. 2010; Houndété et al. 2010; Vassiliou et al. 2011; Kontsedalov et al. 2012). Considering this, exploring insecticides with novel mode of action should be a new focus.

Compared to chemical insecticides, proteins with insecticidal activity acted in different modes, which lead to insect resistance with a relatively low probability. There were many reports about insecticidal proteins for pest control. The most famous example was Cry toxin of Bacillus thuringiensis (Bt), which was developed to Bt-transgenic cotton and effectively controlled the lepidopteran pest larvae. The widespread planting of Bt-transgenic cotton significantly reduced the usage of chemical pesticides. However, none of the Cry toxins was reported effective on whiteflies. In recent years, several researchers focused on screening of insecticidal proteins from plants rarely infested by whiteflies. Das et al. (2009) reported a mannose binding lectin from leaves of Allium sativum that could effectively inhibit whiteflies. Jin et al. (2012) expressed the Pinellia ternata agglutinin in chloroplasts and conferred resistance against whiteflies. Shukla et al. (2016) identified an insecticidal protein (Tma12) from an edible fern and expressed it in transgenic cotton, which showed a high level of resistance to whiteflies. Although these insecticidal proteins showed a good potential for whitefly control, for the low extraction rate or the limit of transgenic plant, there were no matured commercial products in the market.

In a previous study, a protein elicitor (AMEP412) was isolated from Bacillus subtilis, which could interact with plant and induce serials of defense reactions (Shen et al. 2019). The study aimed to determine the toxic effect of AMEP412 and provide a new choice for the biocontrol of whiteflies. The localization of this protein in the insect adults was detected by fluorescent labeling. Moreover, the stability of this protein against thermal and natural degradation treatment was also determined.

The protein AMEP412 was prepared by serials of purification steps from the supernatant of B. subtilis BU412 culture, following Shen et al. (2019). The culture was centrifuged to obtain the supernatant. The supernatant was filtered through 0.22-μm membrane to remove residues and then applied to AKTA Purifier system (Amersham Biosciences). The purification procedures included anion exchange chromatography and size exclusion chromatography, using Source 15Q 4.6/100 PE column and Superdex 75 10/300 GL column. The fraction of the target protein was collected and adjusted to 1 mg/ml for further determination.

The artificial feeding of whiteflies followed the method described by Upadhyay et al. (2011). Adult whiteflies (1–2 days old) were aspirated from plant leaves into 50-ml specimen tubes. The aqueous artificial diet consisted of 5% yeast extract, and 30% sucrose (Blackburn et al. 2005) was mixed with different concentrations of AMEP412 (1, 5, 10, 20, 40, and 80 μg/ml). The artificial diet without AMEP412 was set as control. Diet (100 μl) was added between two stretched layers of UV-sterilized parafilm on the tube cap, and then, the tube cap was reversed to cover the tube, keeping the diet at inner side. At least 50 whitefly adults were taken in each tube and the experiment was performed three times. The bioassays were carried out for 2 days, and mortality was recorded by counting the dead whitefly adults at the bottom of the tube.

In our previous study, AMEP412 showed a good thermo stability as a protein elicitor. To test its thermo stability as insecticidal protein, AMEP412 was subjected to 95 °C for 15 and 30 min, respectively. Furthermore, the natural degradation of AMEP412 was also determined. The protein was placed in Eppendorf tube at room temperature for 24 and 48 h, respectively. Then, the insecticidal activity of the protein (60 μg/ml) was determined after being exposed to different conditions as described above, with the untreated protein as control. Each treatment was repeated three times.

As AMEP412 was purified from natural products, green fluorescent protein (GFP) tag was not suitable for labeling the protein. Instead, fluorescein isothiocyanate (FITC) was an ideal tag to label AMEP412. FITC-labeled AMEP412 was prepared, following the previous method (Shen et al. 2019). AMEP412 was incubated by FITC in carbonate buffer (0.05 M, pH 9.0) for 12 h at 4 °C. The FITC and protein mixture was loaded onto a Superdex 75 10/300 GL column for separation according to the different molecular sizes. Subsequently, 60 μg/ml FITC-protein was used as insect diet for feeding bioassays as described above. Dead insects were collected, washed by sterile water, and then monitored by fluorescent microscope (Olympus BX60) with an excitation wavelength of 495 nm for the localization of the tested protein.

The mortality data for whitefly adults in above assays were analyzed by one-way ANOVA and the means were compared by Tukey’s HSD test at α = 5%. The median lethal concentration (LC50) value was calculated by the probit analysis on the SPSS program (version 18).

The mortality of whitefly adults ranged from 17 to 96%, showing a positive relationship with the concentrations of AMEP412 (Fig. 1). The LC50 value was calculated as 15.57 μg/ml (fiducial limits = 10.86–21.00; slope = 2.10; 95% confidence interval (CI) for slope 1.55–2.66; χ2 for heterogeneity 0.83 calculated; χ2 significance value 0.84) (Table 1). AMEP412 caused > 90% mortality at 63.27 μg/ml. In a previous study (Shen et al. 2019), AMEP412 was first reported as a protein elicitor with the function of eliciting plant’s defense response and promoting plant’s disease resistance. In this work, the toxic function of AMEP412 against whitefly was demonstrated. This meant that AMEP412 could affect both plant and insect with benefit to plant health. This kind of dual-function was rarely reported in other protein elicitors or insecticidal proteins, which could be a great advantage for the application of AMEP412.
Table 1

The calculated LC50 of AMEP412 against B. tabaci

95% fiducial limits (FL) of LC50 are given in parenthesis, respectively

Compared to untreated AMEP412 samples (Fig. 2), treatments at 95 °C for 15 and 30 min decreased the mortality rate of whiteflies by 0.57 and 0.49%, respectively. This result showed that thermo treatment did not significantly affect the toxicity of AMEP412, suggesting a good thermal stability of the protein. To check the natural degradation, AMEP412 was placed at room temperature for 24 and 48 h. Compared to untreated AMEP412 samples, treatment at 25 °C for 24 and 48 h decreased the mortality of whiteflies by 2.73 and 16.38%, respectively. This result revealed that significant degradation of AMEP412 occurred in 48 h. However, the sample still retained a majority of activity, which was regarded as a good stability against natural degradation. The results indicated that AMEP412 had good thermo stability and stayed stable with activity for about 2 days, which would be a great advantage for application.

AMEP412 showed a good stability against thermo and natural degradation, which was probably attributed to its stable spatial structure. As mentioned in a former study (Shen et al. 2019), AMEP412 formed polymers in aqueous environment, which enhanced its spatial structure against external interferences like thermo and natural degradation. Moreover, the polymerization state could also hide some enzyme digestion sites, leading to a certain resistance to enzymes. This feature will definitely broaden the application areas and improve the insecticidal effects.

As shown in Fig. 3, the fluorescence was mainly localized in the guts of the insect body. This result suggested that AMEP412 had been taken into the insect body and mainly localized in the guts, which indicated that AMEP412 exerted toxic activity in whitefly guts. Some insecticidal proteins acted as serine proteases (trypsin) inhibitors to interrupt the digestion function of insect gut, which finally lead to insect death (Macedo et al. 2010, 2011;Saadati and Bandani 2011). However, according to obtained results (data not shown), AMEP412 could not inhibit the activity of trypsin, suggesting that certain other mechanism was employed.
Beside serine proteases inhibitor, another kind of insecticidal protein functioned in insect gut was Cry toxin. Cry proteins, the crystal inclusion protoxins of B. thuringiensis, could be cleaved by gut proteases to yield Cry toxins. With hydrophobic character, Cry toxins could insert themselves into cell membrane and form lytic pores, which lead to ion leakage, cell lysis, and insect death (Aronson and Shai 2001; Bravo et al. 2005). The amino acid sequence analysis of AMEP412 revealed several trypsin cleavage sites (K), which were pointed out by an arrow in Fig. 4. The multiple cleavage sites indicated that AMEP412 was sensitive to trypsin cleavage. Another noticeable feature of AMEP412 was the highest content of hydrophobic amino acids (38 of 76 and 50%, underlined in Fig. 4), indicating the highest probability of forming hydrophobic peptides after digestion. When soluble AMEP412 polymers were taken into insect guts, gut proteases like trypsin would digest the polymers from the surface, resulting in the release of hydrophobic fragments. It was deduced that these hydrophobic peptides had a possibility to insert themselves into the membrane of gut cell forced by hydrophobic interaction and form lytic pores, which further caused the release of cell contents even to insect death.

Insecticidal activity of AMEP412 against whitefly showed a good stability against thermo and natural degradation. The fluorescent localization revealed insect guts as its function position. The possible mechanism was discussed based on partial assay result and the feature of AMEP412. In future research, the exact mechanism will be clarified by studying the interaction between AMEP412 and whitefly gut cells. Moreover, the toxicity as insecticidal activity of AMEP412 against other insects will be investigated to fully understand its anti-insect spectrum.

We thank the reviewers whose comments and suggestions helped us to improve this manuscript.

QL was the primary contributor to this study with helpful advice from BZ and YS. KY helped in the data analysis and revised the manuscript. All authors read and approved the final manuscript.