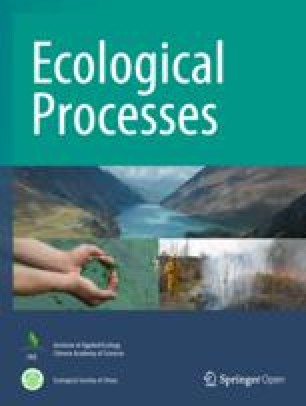 Monetary value of a bag of shea kernel

Unit price of a kilogram of shea kernel

The positive effect of pollination on quantity and quality of plant yield also translates into higher economic/monetary returns (Zebrowska 1998). Insects are known to contribute to an estimated 10% of the economic value of the world’s food produce (Chaplin-Kramer et al. 2014) through the enhancement of commercial value. Like pollinator dependence, economic value of pollination could vary from one region to another due to differences in food prices, production, and labor cost (Breeze et al. 2016). However, most variations in economic value estimates of pollination are attributed to differences in methodological approaches (Burgett et al. 2004).

Monetary estimates of pollination as an ecosystem service could help in justifying resource allocation for conservation purposes since major human decisions are largely driven by financial implications (Curtis 2004). These estimates could inform trade-offs between the conservational value of insect habitats and the other alternative land uses. Pollinator conservation is critical to the sustainability of food production and biodiversity owing to the high dependence of tropical plants on animal-mediated pollination services. According to Ollerton et al. (2011), about 94% of tropical plants depend on animal pollination for fruit/seed set.

Shea (Vitellaria paradoxa) is an insect pollinator–dependent tropical plant (Hall et al. 1996; Okullo 2004) which occurs naturally in Sub-Saharan Africa (SSA) especially arid and semi-arid zones (Naughton et al. 2015). It is often retained on farmlands for economic, medicinal, cultural, nutritional, and ecological purposes (Yaro 2008; Bayala et al. 2013). According to Glew and Lovett (2014), it contributes to the livelihoods of an estimated 16.2 million shea nut collectors in SSA. In some seasons, income from shea nut could constitute about 12% of rural household income (Pouliot & Treue 2012). According to Elias et al. (2006), shea nut processing and commercialization are two of the few plant industries primarily controlled by women in SSA which contribute to the economic empowerment of women. Aside local uses, there is an increasing demand for shea butter in confectionary, cosmetic, and pharmaceutical industries at the international level (Alander 2004; Teklehaimanot 2004; Rousseau et al. 2015).

The area records a unimodal rainfall pattern with an average annual rainfall of 1127 mm (SARI 2016). Mean monthly minimum and maximum temperatures are 22 °C and 35 °C, respectively, whilst the mean annual temperature is 28 °C (GSS, 2014). Relative humidity fluctuates between 70% and 90% in the rainy season but can drop to as low as 20% in the dry season (SWDA 2010).

Selection of experimental sites and trees

A reconnaissance survey was conducted on farmlands of Zini to identify suitable sites for the experiment considering accessibility to site, shea tree density, duration of continuous cultivation, and the cooperation of the land owner. Five medium-cultivated parklands (lands that were cultivated continuously for 6–10 years) were identified by asking farmers on the duration of continuous cultivation to ensure uniformity of landuse on the experimental sites. A simple random sampling procedure was then used in randomly selecting two sites out of five potential sites for the experiment. Again, to avoid potential bias due to specific farmers’ land management practices on pollinators and also to increase independence of sampling sites, the study considered a minimum distance of 1 km between experimental sites as prescribed by Stanley et al. (2013).

A simple t test was used in comparing average fruit/kernel yield per inflorescence between open-pollinated and insect-excluded inflorescences with a p value threshold set at 0.05. Genstat software version 17 and Microsoft Excel were used for data analysis.

Influence of insect pollination on fruit production and kernel yield

The significant difference in matured fruit set per inflorescence between open-pollinated and insect-excluded flowers agrees with Kwapong (2014) who reported that V. paradoxa relies primarily on insects especially bees for pollination services. The yield of V. paradoxa can therefore be influenced significantly by the availability of insect pollinators (Okullo 2004). In the study of Lassen et al. (2018), the exclusion of larger bees (honeybee) from accessing shea flowers resulted in 35% reduced fruit yield which indicates high dependence on honeybees for pollination.

The internal colors of the inflorescence bract and the odoriferous yellow flowers of V. paradoxa were all noted as major qualities of insect pollinated plants (Okullo 2004). Moreover, V. paradoxa pollen is known to be copious and sticky in nature (Yidana 1994; Hall et al. 1996) and therefore adheres to insect visitors of shea flowers. The fruit set recorded in the insect-excluded inflorescences could be attributed to wind pollination (self- and cross-pollination). Shea produces hermaphrodite flowers (Okullo 2004) which could have facilitated self-pollination

Owing to the high insect pollinator dependence of V. paradoxa, the occurrence of self-pollination could be an adaptation response of shea to the limited pollination services in shea parklands. This can be supported by the findings of Yidana (2004) who reported pollen limitation in V. paradoxa. However, fruit production in insect-excluded treatment is not limited to shea; flowers of oil seed rape still produced some few seeds when insects were excluded from pollination (Bommarco et al. 2012; Stanley et al. 2013). The significantly low fruit set recorded under insect exclusion agrees with Free (1993) who reported that the contribution of wind pollination is insignificant in deciduous fruit crops that require insect vectors for pollination.

The mean weight of dry kernels produced per inflorescence showed a significant difference between treatments (p < 0.05). Open-pollinated inflorescences produced kernels with a significantly higher weight as compared with the insect-excluded inflorescences in both experimental sites (Fig. 5). This significant difference in mean weight agrees with Lassen et al. (2018) and Stout et al. (2018) who recorded heavier nuts under open pollination as compared with bagged inflorescences. This could be due to the ability of pollination to mediate the production of growth hormones in plants (Klatt et al. 2013). For instance, in strawberry, fertilized achenes mediated the production of auxine which intend to induce the accumulation of gibberellic acid (Csukasi et al. 2011).

These hormones facilitate fruit growth by enhancing cell progeny and size which results in an increased fruit/seed weight (Roussos et al. 2009). Some of the fruits produced from open pollination had two solitary seeds. The presence of two seeds in some fruits could have also contributed to the significantly higher weight under open pollination.

The positive effect of pollination on yield (weight) is not limited to shea; this phenomenon was reported in other plants. For instance, insect pollinated strawberry fruits were found to be 11% heavier than wind-pollinated fruits and 30% heavier than self-pollinated fruits (Klatt et al. 2013). Stanley et al. (2013) reported oil seed rape produced from open pollination as having significantly higher seed weight per pod compared with insect-excluded pods. Similarly, coffee and blueberry recorded an increased fruit set and size under insect pollination services as compared with insect exclusion (Klein et al. 2003; Isaacs and Kirk 2010; Klatt et al. 2013).

Monetary value of insect pollination per bag of shea kernel

The monetary value of insect pollination in site 2 was higher than that of site 1 because of the variation in insect pollinator dependence. This finding confirms the assertion of Zebrowska (1998) that an increase in yield does not only reflect productivity but translates into substantial amount of income for crop farmers. Estimates of economic value of pollination can vary from one region to another in response to produce prices, production cost, labor, and other factors of production (Breeze et al. 2016).

Although Allsopp et al. (2008) suggests a more accurate estimation of economic value of pollination, services should consider the cost of replacement of wild pollinators with managed ones or cost of replacement with mechanical pollination services. There currently exist neither managed bee keeping nor mechanized pollination in shea parklands. Therefore, all estimates were based on the economic value of the quantity of the response variable (kernel yield) attributed to insect pollination.

Unfortunately, quantity of kernel yield might not represent monetary value completely because economic value also depends on the quality of yield (Ferguson & Watkins 1992). For instance, the contribution of insect pollination to shelf life alone added US$ 0.32 billion to the commercial value of strawberry. Yield quality was however not considered in this study, but studies on other insect-pollinated plants showed a positive effect of pollination on quality of fruit/seed yield. For instance, Bartomeus et al. (2014) reported higher oil content with less chlorophyll in oil seed rape exposed to open pollination as compared with seeds that were produced from insect-excluded flowers. Strawberry that was adequately pollinated by honeybees produced heavier and firmer fruits with less sugar-acid ratio and longer commercial shelf life as compared with wind-pollinated plants (Klatt et al. 2013). Therefore, subsequent studies on monetary value of insect pollination in shea should consider butter quality owing to the influence of pollination on yield quality in other plants.

Insect pollination significantly influenced fruit set, accounting for 73% of fruit set in shea. This high insect pollinator contribution to shea yield translates into higher monetary value for shea nut collectors. Therefore, a decline in insect pollinators will not only affect the yield of V. paradoxa but will also translate into reduced income for the rural population who depends on shea for livelihood. Subsequent estimates of the monetary value of pollination should consider the influence of pollination on the quality of fruit and shea kernel as well as shea butter properties.

This work was partly funded by BirdLife International and the Ghana Wild Society. We wish to express our gratitude to Mr. Yussif Jibril for the assistance provided during field data collection. We also wish to acknowledge the farmers for allowing us to use their farmlands for the experiment.

LIN did the data collection, entry, analysis and wrote the first draft; PKK designed the experiment; and DAD wrote the introduction. All authors helped in writing and editing the manuscript. All authors read and approved the final manuscript.

The data collection was partly funded by Birdlife International.