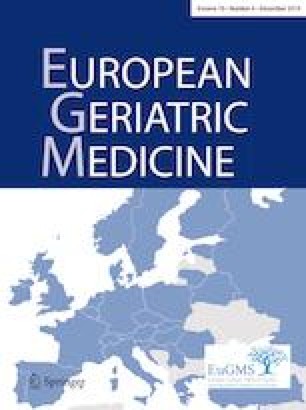 The aim of Delirium Café was to try a new learning method to increase awareness of delirium and improve delirium care in an acute hospital setting.

Delirium Café seems to be both feasible and applicable as a new interactive-learning method in postgraduate medical teaching.

It is important to create opportunities of stimulating learning. Delirium Café is a good example of a model that is both creative and interactive.

The aim of Delirium Café was to try a new learning method to increase awareness of delirium and improve delirium care in an acute hospital setting in Helsinki, Finland.

22 junior doctors and 4 members of the senior staff participated in the event on 13th of March 2019, the World Delirium Awareness Day (WDAD). Nobody dropped out during the 1 h training. Feedback on the educational method was positive.

Delirium Café seems to be both feasible and applicable as a new interactive-learning method in postgraduate medical teaching.

In the spirit of WDAD and to assess and improve delirium knowledge of junior doctors, we decided to organize an interactive-learning event called Delirium Café. The aim of Delirium Café was twofold, to try a new learning method, and to increase awareness of delirium and thus improve delirium care in an acute hospital setting in Helsinki Hospital in Finland.

We got together a working group from Helsinki Hospital to plan the event. The group consisted of five geriatricians who were mostly current or past European Academy of Medicine of Ageing (EAMA) students, thus having been disposed to a wide range of interactive-teaching methods. The members of the working group were Ulla Aalto, Home Care Services (EAMA 2019–2020), Hanna Öhman, Ortogeriatric ward (EAMA 2016–2017), Riikka Söderling, Acute geriatric ward, Hanna-Maria Roitto, Geriatric memory clinic (EAMA 2017–2018), and Marja-Liisa Laakkonen, Geriatric memory clinic (EAMA 2007–2008).

We organized the event on WDAD, on 13th of March, from 8 to 9.00 in Laakso Hospital lecture hall. The event was targeted to junior doctors, but senior consultants were also encouraged to attend. Following the theme of WDAD 2019, “Calling all delirium heroes”, the event was called Delirium Superhero-course. We arranged four stations covering all the important aspects of delirium recognition and management. The participants were divided randomly into 4 groups on arrival, thus guaranteeing equal number of participants in each group.

The event began with a short introduction to the theme and tasks, before the participants were directed to their stations. The duration of each station was 12 min. Changing of stations was announced by bell rings. After completing each station the participants got a small card stating the 3 most important take home messages of the station. After having completed all 4 stations, the participants were given the covers to their take home messages, thus creating a small booklet that held all the take home messages. The first page had a blank space for participant’s name, indicating that the Delirium Superhero-course was completed on the 13th of March 2019. The last page had a blank space, where the participants were encouraged to write which special delirium friendly task they were going to perform later that day on their own ward. Coffee and cake were available for all the participants free of charge during the whole event. To add to the atmosphere, a Delirium Café playlist was created in Spotify. The 1 h long playlist, including songs themed in delirium, hospitals, doctors, and medication, was played during the event.

At the first station, the participants were given three real patient cases of hospitalized patients to read. Their task was to decide who of the patients had delirium and which test they would use to detect it. They were given eight different tests to choose from. The tests included two correct tests 4AT (rapid clinical test to detect delirium) [6] and CAM (confusion assessment method) [7], and six incorrect tests including mini mental state examination (MMSE) [8], Montreal Cognitive Assessment (MOCA) [9], the consortium to establish a registry for Alzheimer’s disease (CERAD) [10], Geriatric Depression Scale (GDS) [11], Neuropsychiatric Inventory (NPI) [12], and Cohen-Mansfield Agitation Inventory (CMAI) [13]. The groups discussed the possible pit falls of delirium recognition and differential diagnostics based on the eight different tests and the three patient cases. The patient cases represented one case of delirium, one case of schizophrenia, and one case of dementia with severe neuropsychiatric symptoms.

The third station consisted of a simulation practice. The task of the group was to optimize the non-pharmacological treatment of a patient with delirium. The group started with a confused patient in a hospital bed, with the bed rails up, tucked tightly under the blankets, with an IV-line and a catheter. The walker, anti-slip socks, hearing aid, glasses and a glass of water were far away from the bed, not reachable by the patient, but in the field of visions of the participants. The patient was played by the chief of the geriatric memory clinic, Marja-Liisa Laakkonen. After the completion of the task, the participants received feedback given by both the facilitator and the “patient”.

At the fourth station, the participants were given a patient case with a short medical history along with a medication list. They were instructed to go through the list and make suggestions to improve the patient’s medications. The medication list included drugs with anticholinergic properties, psychotropics, opioids, as well as common cardiovascular medication. Furthermore, the participants had a discussion on which drugs would be the most suitable if a patient with severe delirium is considered to be at risk of harming himself or others. Several drugs were suggested on post-it notes. The participants had to choose between more appropriate drugs (e.g., low-dose antipsychotics) or some totally avoidable options (e.g., long-acting benzodiazepines).

The event lasted for 1 h. The organizers then had a 15 min debriefing sharing experiences of the various stations and of the whole event. Notes of practical improvements for future sessions were also gathered.

22 junior doctors and 4 members of the senior staff participated in the event. Nobody dropped out during the 1 h training.

Delirium Café seems to be both feasible and applicable as a new interactive-learning method in postgraduate medical teaching. It is a good way to both assess the knowledge of junior doctors as well as offer them a new and fun way to improve their knowledge on delirium.

No official feedback was gathered, but during the informal feedback discussion, the participants shared their view on the event. Many told that they had experienced the new learning model as a practical and effective. Learning had been surprising, and in a good way. Many junior doctors also pointed out that they had had fun and they welcomed more of this kind of educational events in the future.

We did not do pre/post evaluation on the knowledge levels of the participants; thus, we have no real data on whether the educational event improved the quality of delirium care or not. The time reserved for the event was limited. When organizing similar events in the future, we would suggest at least 15 min to be reserved for each station to guarantee enough time for discussion, and the whole event should take about 1.5 h with 15 min to open and close the event. Our participants were mainly junior doctors, but this kind of approach could be suitable for training also other health care professionals as well as multi-professional teams, which would be closer to the real ward settings. After the event was organized in March 2019, we have also organized the event for a group of the 5th year medical students, with similar results. The same model of learning could also easily be modified for other topics as well. One possible topic that we have discussed trying in the future is neuropsychiatric symptoms of dementia (NPS), where the stations could be divided into similar themes: NPS recognition, risk factors of NPS, non-pharmacological treatment of NPS, and pharmacological treatment of NPS.

In the spirit of WDAD, we shared our experiences in social media, especially in Twitter during the course of preparation and execution of our Delirium Café. Our new learning model attracted attention in different parts of the worlds, from Norway to New Zealand, finally leading us to share our experience in a more specific matter in the form of this article.

As new learning methods are always needed, Delirium Café could be a useful addition to the repertoire. The model once created is easily repeated as such, and by small changes, it can also be modified to various themes if needed. Learning through action and reflection promotes deeper thinking and can lead to a transformation, in this case thus enhancing delirium care.

The authors declare that they have no conflicts of interest.

For this type of study, formal consent is not required.