Iranian Journal of Science and Technology, Transactions of Civil Engineering 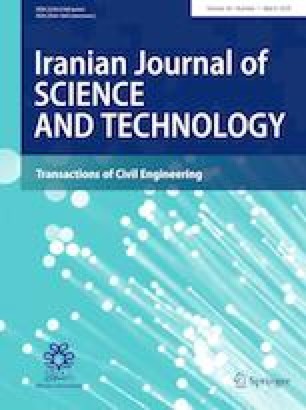 Iranian Journal of Science and Technology, Transactions of Civil Engineering

The delta region of the Mahanadi river basin is faced with high floods having arisen many questions like (1) due to the release of Hirakud dam, (2) due to the middle region catchment contribution (Tel tributary at Kantamal station and Ong tributary at Salebhata station) and (3) due to an increase in heavy rainfalls over the basin. To answer this, we choose the partial duration series (PDS) having an average number of flood peaks per year (λ = 3) at Naraj based on the capacity of the existing embankment which mitigates floods up to 28,400 m3/s and analyze the trends of peak discharge of PDS having λ = 3 at the Naraj, Hirakud dam and middle region to know the flow behavior which is responsible for flooding problem in the delta of Mahanadi basin. Subsequently, the trend of extreme rainfall over the entire basin and at the middle region of the basin is analyzed. Analysis of trends of extreme floods in relation to the trends of extreme rainfall to have a proper understanding of the causes of changing floods over the basin is important. Then, runoff at Naraj is estimated based on two techniques: artificial neural networks with different algorithms and an adaptive neuro-fuzzy inference system (ANFIS) using five different input combinations of peak runoff data and rainfall data of upstream locations and compare their performance based on different indices, namely correlation coefficient (R), index of agreement (d), root-mean-square error and Nash–Sutcliffe efficiency (E) to obtain the best input–output model. From the analysis, it is shown that ANFIS techniques as well as the neural network with Levenberg–Marquardt algorithm performs better for estimating runoff at Naraj and that gives the clear idea about the delta flooding. Also, the analysis revealed the answer arisen by many questions regarding the delta flood problem and which are due to the middle region catchment contribution and an increase in extreme rainfall.

The authors would like express their thanks to the National Institute of Technology, Rourkela, for providing the research environment.

If n < 10, the value of |S| is compared directly to the theoretical distribution of S derived by Mann and Kendall. The two-tailed test is used. At certain probability level, H0 is rejected in favor of H1 if the absolute value of S equals or exceeds a specified value Sα/2, where Sα/2 is the smallest S that has probability less than α/2 to appear in case of no trend. A positive (negative) value of S indicates an upward (downward) trend.

Liner regression is a simple technique which stated the positive or negative slope values represent the direction, and the magnitude of the trend was also analyzed. A regression line of the order y = a + bx is fitted to the sample data. If b is found significantly different from zero, then we assume trend to be present in the data. The linear regression-based trends are analyzed using the R-square values.

The algorithm uses the Hessian matrix which is a second-order training (Demuth and Beale 1998). The LM method is the standard method for minimization of the MSE criterion, due to its rapid convergence properties and robustness.

The algorithm calculates derivatives of performance (p) with respect to the weight and bias variables (X) using various epochs. Hagan et al. (1996) provided the detailed description of this training method.