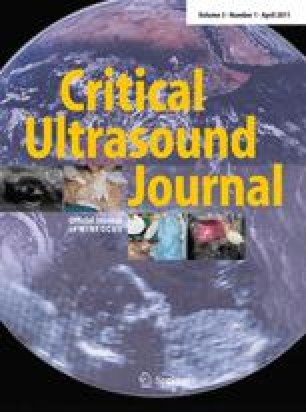 Horses and Zebras: complex cardiac anatomy in a patient with out-of-hospital cardiac arrest

This case report describes a woman presenting after out-of-hospital cardiac arrest with several cardiac anomalies, including a form fruste of Ebstein's anomaly complicated by a large tricuspid valve vegetation. On autopsy, she proved to have unstable plaques in epicardial vessels that likely caused arrhythmic sudden cardiac death, a reminder that even in the presence of rare anomalies, common things are common.

Therapeutic hypothermia was undertaken for 24 h but on return to normothermia, the patient demonstrated postanoxic myoclonic status epilepticus and profound coma. Shock had resolved. In light of her devastating neurological injury, her family decided to withdraw life support therapies, and she expired shortly thereafter. One of eight admission blood cultures grew coagulase-negative Staphylococci, which was felt to be a contaminant.

On autopsy, the patient had evidence of multiple minor congenital abnormalities including a notched right atrial appendage (RAA) with recent mural thrombus (Fig. 4), medial displacement of the coronary sinus ostium, and an abnormally positioned Eustachian valve. There was also atrialization of the right ventricle, with apical displacement of the attachment of the septal leaflet of the TV by approximately 12 mm (Fig. 5). In addition, the patient had a large, mobile vegetation on the TV (Fig. 6). Gram and GMS stains showed no evidence for bacteria within the vegetation. There was histological evidence of micro-embolization to the right lower lobe of the lung only; no significant pulmonary emboli were observed. The patient also had disruption of Koch’s triangle, with microscopic evidence of deformation of the AV node and His bundle, which may have accounted for the first-degree AV block noted on the admission electrocardiogram. Though there was no histological evidence of myocardial infarction, the patient had a right-dominant coronary circulation with evidence of acute plaque rupture in the right coronary artery and an unstable plaque in the left circumflex artery.

Congenital anomalies of the coronary sinus are uncommon and generally associated with interatrial communications [1]. We suspect that the slightly displaced sinus with large septal orifice combined with mild apical displacement of the TV septal leaflet represented a forme fruste of Ebstein’s anomaly. Notching of the RAA is also uncommon and in this patient may reflect a more global right atrial field defect during cardiogenesis. RAA notching can be associated with thrombus, as in this patient, though there was no evidence of distal embolization.

Given the lack of pulmonary embolization and the lack of TV stenosis by echocardiography, we doubt that the vegetation was frankly obstructive. Isolated nonbacterial thrombotic (“marantic”) endocarditis of the TV is rare [2]. We suspect that the patient had chronic, subclinical infective endocarditis—suppressed by the antibiotics for her cellulitis—or an occult pro-thrombotic state. She was likely prone to valve infection/inflammation on the basis of her Ebstein’s-spectrum TV abnormality. She had no clinical or autopsy evidence of autoimmune disease or cancer. While Ebstein’s is associated with cardiac arrhythmias, her ECG did not suggest the most common causes of severe arrhythmia in this patient population [3].

Finally, this case reminds us of a variation on the medical folk proverb that “when you hear hoofbeats, think horses not zebras.” Common diseases are common, and despite the triad of rare cardiac findings in this patient, the most likely immediate cause of her out-of-hospital cardiac arrest was acute ischemia due to rupture of an atheromatous plaque in an epicardial coronary artery, an event that can cause fatal ischemic arrythmia without yielding histological evidence of infarction [4]. Whether chronic low-grade infection predisposed her to plaque rupture is an intriguing possibility given recent observational data regarding the association between infection and plaque instability [5, 6].

Drs. Brown and Grissom have been faculty in CME courses related to echocardiography hosted by non-profit groups. Dr. Vezina is a founder of the National Academy of Perioperative Echocardiography and holds patents for echocardiography-related technology. Drs. Dean and Miller have no potential conflicts of interest.