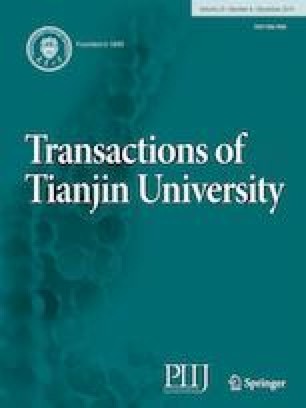 LaNiO3 as a Novel Anode for Lithium-Ion Batteries

Lithium-ion batteries (LIBs) have been developed for over 30 years; however, existing electrode materials cannot satisfy the increasing requirements of high-energy density, stable cycling, and low cost. Here, we present a perovskite-type LaNiO3 oxide (LNO) as a new negative electrode material. LNO was successfully synthesized by a sol–gel method. The microstructure and electrochemical performance of LNO calcined at various temperatures have been systematically investigated. The LNO electrode shows a high rate capability and long cycling stability. In a C-rate test, a specific capacity of 77 mAh/g was exhibited at 6 C. LNO can also deliver a specific capacity of 92 mAh/g after 200 cycles at 1 C. This paper presents a type of binary metal oxide as a new anode material for high-performance LIBs.

Lithium-ion batteries (LIBs), one of the most remarkable energy storage technologies for the past 30 years, have been widely used for portable electronics and power tools and are now making their way into electric vehicles (EVs) and grid storages [1, 2, 3, 4]. Different types of electrode materials have been examined to meet the growing demands of high-energy density and long cycling life for LIBs such as LiFePO4, LiCoO2, LiNi1−x−yCoxAlyO2, and LiNi1−x−yCoxMnyO2 for cathode materials and graphite, Li4Ti5O12, Si/C, and P for anode materials [4, 5, 6, 7, 8, 9, 10]. However, commercialized graphite anodes show a poor rate capability that limits their application in high C-rate conditions. Moreover, the Li4Ti5O12 anode exhibits a higher charging/discharging platform, which reduces energy density and impedes its large-scale use.

In addition, metal oxides have gained scientists’ attention because of their high specific capacity and have been considered and investigated as alternative anodes in recent years [11, 12, 13]. There are three types of electrode reaction mechanisms: alloying–dealloying, intercalation–deintercalation, and conversion (redox) [14, 15]. Jin et al. [11] studied a high-energy density, high-theoretical capacity anode electrode material that comprised Se-based oxides and had a reaction mechanism based on Li–Se alloys. Han et al. [12] reported a new material of KNb5O13 that relied on the intercalation–deintercalation reaction. This type of transition metal oxides has a multidimensional layer structure that can be the host for Li-ion reversible insertion and extraction without destroying the lattice structure. Zhang et al. [13] developed a new material based on the conversion reaction. The new material, LaCoO3, reveals the new reaction mechanism between LaCoO3 and Li metal. Cabana et al. [14] summarized the conversion reactions of approximately 50 electrode materials, including Cr2O3, Mn2O3, Fe2O3, NiO, CuO, and Co3O4 monometal oxides. In 1981, Thackeray and Coetzer [16] studied Fe2O3 and Fe3O4, and some degrees of cyclic reversibility were observed using molten LiCl/KCl electrolytes at a high temperature. However, these types of metallic oxides were not considered alternative electrode materials for LIBs because of their irreversibility at room temperature. Fortunately, at a later point in time, proof was found that several oxides had stable specific capacities that were as much as three times those of carbon materials [15]. Currently, the concept of “conversion reaction” as a new strategy has been widely accepted. Up to now, most of the researches based on “conversion reaction” electrode materials focused on monometal oxides, and several binary metal oxides such as CoSnO3, NiCo2O4, and CaSnO3 have also been synthesized and investigated [17, 18, 19].

Here, we report a perovskite-type LaNiO3 oxide (LNO) as a new negative electrode for LIBs. LNO was prepared by a sol–gel method. Calcination temperature was studied, and the microstructure and morphology of the samples were systematically characterized. The rate capability and cycling performance of the LNO electrode were also studied.

LNO was prepared via a sol–gel method using lanthanum nitrate, nickel nitrate, and citric acid [20, 21, 22]. First, 0.02 mol lanthanum nitrate hexahydrate (La(NO3)3·6H2O, 99.99%, Aladdin) was dissolved in 40 mL distilled water via magnetic stirring. Then, 0.02 mol nickel nitrate hexahydrate (Ni(NO3)2·6H2O, 99.99%, Aladdin) was added into the solution. After previous ones were completely dissolved, 0.04 mol citric acid monohydrate (C6H8O7·H2O, 99.99%, Aladdin) was added into the solution using a complexing agent. Second, the mixture solution was magnetically stirred and heated with a hotplate (IKA, C-MAG HS 7) at 40 °C for 2 h for the sol formation. The temperature was increased to 120 °C until excess free water evaporated, and then, a brown dry gel was obtained. Subsequently, the temperature was increased to 300 °C and spontaneous ignition occurred, which was named the “Pechini” reaction route. Finally, after slight grinding, the products were calcined at 700 °C and 1100 °C for 8 h in air at a heating rate of 5 °C/min (HF Kejing, KSL-1200X). The products were ground into fine powders for the next step.

LNO powders, Super P, and polyvinylidene fluoride (PVDF) with a weight ratio of 8:1:1 were mixed and fully ground using a mortar and pestle. The mixture was dispersed in NMP to form slurry, cast-coated onto a copper foil as a current collector, and dried at 80 °C in a vacuum oven overnight. Then, the electrode foil was punched into disks (diameter = 12 mm) as a working electrode in the cell. A lithium foil (diameter = 14 mm) was used as counter/reference electrodes. Celgard 2325 microporous membrane comprising polypropylene/polyethylene/polypropylene (PP/PE/PP) was used as a separator (diameter = 16 mm). Then, the electrolyte was composed of the solution of 1 mol/L LiPF6 in ethylene carbonate (EC) and diethyl carbonate (DEC) with a volume ratio of 1:1. The CR2032 coin cells were assembled in an argon-filled glovebox (Vigor) with O2 and H2O content less than 10−6.

The crystalline phase structure of the products obtained at various temperatures was determined by X-ray diffractometry (XRD, Bruker D8 Advance, Cu Kα radiation) ranged from 10° to 80° at a scan rate of 6°/min. The microstructure and morphology of the samples were examined with scanning electron microscopy (SEM, JEOL JSM-7800F). Electrochemical impedance spectroscopy (EIS) was performed on an electrochemical workstation (Bio-Logic, VMP-300). The applied AC perturbation signal was 10 mV, and the frequency range was from 7 MHz to 0.1 Hz. The cyclic voltammetry (CV) were performed in an electrochemical workstation with a potential range of 0.01–2.0 V at a scan rate of 0.3 mV/s. The galvanostatic charge and discharge (GCD) of these cells were tested between the cutoff voltage of 0.01 V and 2.0 V at room temperature on a LAND CT2001A battery testing system.

The cycling performance of LNO-700 and LNO-1100 at 1 C is displayed in Fig. 5d. Compared with LNO-1100, LNO-700 indicates improved performance. The specific capacity presents a fast decay in the first five cycles and then gradually becomes stable. The reason for this phenomenon can be attributed to the irreversible redox reaction described in Eq. (1) and other side reactions. The cycling performance of the LNO electrodes is stable after 30 cycles with a specific capacity of 122 mAh/g. In addition, LNO-700 can deliver a high specific capacity of 92 mAh/g after 200 cycles at 1 C with a capacity retention of 75.4% compared with that of the 30th cycle. Each cycle has a coulombic efficiency close to 99.8%, indicating a stable discharge/charge cycle.

Here, we report a perovskite-type LaNiO3 as a novel electrode material for LIBs. Perovskite-type LNO was successfully fabricated by a sol–gel method, and LNO powders with different grain diameters were obtained at calcination temperatures of 700 °C and 1100 °C. Surface morphology and crystalline phase structure were measured via SEM and XRD, and the electrochemical performances were systematically investigated via CV, EIS, and GCD. LNO-700 shows a higher specific capacity and rate capability than those of LNO-1100. A high specific capacity of 77 mAh/g was obtained for LNO-700 at a high rate of 6 C. In addition, the LNO-700 anode delivered a high specific capacity of 92 mAh/g after 200 cycles at 1 C.

This work was supported by the National Natural Science Foundations of China (No. 21805185) and ShanghaiTech University Start-Up Funding.