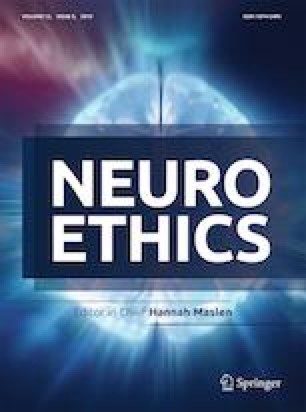 How Does Functional Neurodiagnostics Inform Surrogate Decision-Making for Patients with Disorders of Consciousness? A Qualitative Interview Study with Patients’ Next of Kin

Functional neurodiagnostics could allow researchers and clinicians to distinguish more accurately between the unresponsive wakefulness syndrome (UWS) and the minimally conscious state (MCS). It remains unclear how it informs surrogate decision-making.

To explore how the next of kin of patients with disorders of consciousness (DOC) interpret the results of a functional neurodiagnostics measure and how/why their interpretations influence their attitudes towards medical decisions.

We conducted problem-centered interviews with seven next of kin of patients with DOC who had undergone a functional HD-EEG examination at a neurological rehabilitation center in Germany. The examination included an auditory oddball paradigm and a motor imagery task to detect hidden awareness. We analyzed the interview transcripts using structuring qualitative content analysis.

This article is part of LS’s cumulative dissertation (Dr. med.) at the Medical Faculty of LMU Munich. The assistance provided by Marion Arndt in approaching the participants and ensuring their informed consent, by Silke Ohlmeier for transcribing interviews and sharing her insights during early stages of the analysis with us, by Lukas Martinez who translated some of the interview quotes from German into English and by Lars Schrodberger who finalized the layout of the figure is very much appreciated. We are grateful to participants of different research meetings where we were able to discuss our study, foremost in Germany at the rehabilitation center where the examinations of the patients were conducted, the Qualitative Workshop [Qualitative Werkstatt] at LMU Munich, the Institute for Ethics, History and Theory of Medicine at LMU Munich, the Palliative Medicine Research Network under the lead of Prof. Dr. Gian Domenico Borasio in Munich and in Canada a meeting with the Montréal Neuroethics Network and a Journal Club at the Neuroethics Research Unit at the IRCM and a poster presentation at the 21st International Congress on Palliative Care. Last but not least, we would like to express our great appreciation to the participants of this study who shared their personal experiences with us. We also express our gratitude to the Friedrich-Baur-Stiftung who funded our study (Grant Number: 12/14, funding period 8/2014 to 07/2016) and the Max Weber Program who funded LS’s research stay at the IRCM, Montréal, Canada and her visit to the 21st International Congress on Palliative Care. Furthermore, ER receives a career award from the Fonds de recherche du Québec – Santé (FRQ-S).

Disclosure of potential conflicts of interest

All authors declare no conflict of interest.

The functional HD-EEG examination consisted of a protocol with two sections. The researchers performed both examinations with each patient. The first part was an auditory oddball paradigm using 4 blocks of standard and target stimuli with 10 target and 40 standard stimuli per block, which were presented randomized within each block. Stimuli consisted of 1500 Hz and 1000 Hz tones, respectively, with 500 ms duration and a 500 ms inter-stimulus interval. The main experiment was preceded by the presentation of 2 target and 8 standard tones as demonstration. Patients were instructed to listen to the target tones attentively. The experimental procedure was identical to the one described in a prior publication by one of the authors of this study and colleagues [83].

Standardized Written Report of the Findings of the HD-EEG Examination

In addition to the scientific purpose of the study, the results of the HD-EEG exams were always communicated in a standardized way using a written report. The reports were prepared by the researchers and revised by physicians experienced in the field of neuro-rehabilitation and trained in the interpretation of the functional HD-EEG paradigm by one of the head physicians. The HD-EEG report included a detailed description of the examinations, the individual patient’s results and a discussion of these results in comparison with a population of healthy individuals. In respect to the auditory oddball paradigm (p300), the report included the extracted waveforms and topographies of the stimulus groups (standards and targets). Based on the waveform (amplitude and latency) as well as the topographical distribution of the p300 component, the quality of the brain response to the presented stimuli was rated. In respect to the mental motor imagery paradigm, the accuracy of the machine learning classifier was reported, expressing the performance of the patient to follow the instructions. Additionally, the statistical difference between the resting and the mental motor imagery condition was reported. The report then stated if and how well the patient was able to follow the instructions and compared the performance to a control group of healthy controls. The report concluded with an overall evaluation of the patient’s level of consciousness. Here it compared the results of the HD EEG with the results of the structured clinical examinations with the Coma Recovery Scale Revised (CRS-R) [84]. In case that the results of both measures were at odds with each other, this was stated and explained with regard to a variability of a patient’s arousal during the exams. Reports described the HD-EEG as an experimental scientific measure and stated that results would never be used alone to guide medical decisions. Doctors attached the HD-EEG-reports to the patient’s medical chart and sent them out to the patient’s general physician as well as to his/her legal representative within one to two weeks after the patient’s discharge. The process of oral disclosure of the results was not standardized. Usually, the results of the examinations were mentioned in the medical discharge conversations between doctors and patients’ next of kin, embedded in a more general evaluation of the patient’s condition and prognosis.