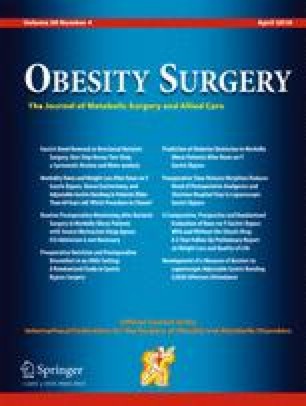 Gastric bypass (GBP) has been the most common surgical way to treat obesity and its comorbidities. Late abdominal pain may occur by gastro-jejunal ulcers, gallstones, internal herniation or, rarely, intussusception. In an area with more than 1000 GBPs performed yearly, three patients with primary small bowel volvulus causing abdominal pain and requiring emergency or semi-urgent surgery were identified. Patients’ histories, radiology, and surgery performed are presented. Weight loss followed by mesenteric narrowing of the root and thus relative elongation may make rotation of the small bowel mesentery possible. Such a torsion might be an overlooked differential diagnosis in obscure abdominal pain after GBP.

Informed consent was obtained from all three participants. Consents are saved in the patients’ medical records.

Case 1: CT scan showing a largely distended remnant stomach, dilated small intestine and suspected torsion of small intestine and vessels. At laparotomy the condition was interpreted as internal herniation due to a small and narrow intestinal adhesion. (MP4 4060 kb)

Case 2: CT scan showing a tornado phenomenon. At surgery the whole of the small intestine was found to be vascularily compromised, due to a twist of the mesenteric root, but recovered rapidly after a 360° de-torsion. (MP4 1407 kb)

Case 3: CT scan showing a tornado phenomenon. At laparotomy small bowel incarcerated in Petersen’s space was reduced and the gap was closed, as was the defect by the enteroanastomosis. (MP4 1255 kb)

Case 3: CT scan showing a tornado phenomenon. At the following surgery the small intestines had an appearance of having been strained and unwittingly de-torqued. (MP4 1102 kb)

Case 3: CT scan showing a tornado phenomenon. A laparotomy was performed with findings of slightly affected venous outflow that instantly recovered with correct positioning (de-torsion) of the small intestines. A conspicuously long and narrow mesenteric root was found. Pexy was performed between the small intestinal mesentery and the posterior peritoneum. (MP4 711 kb)